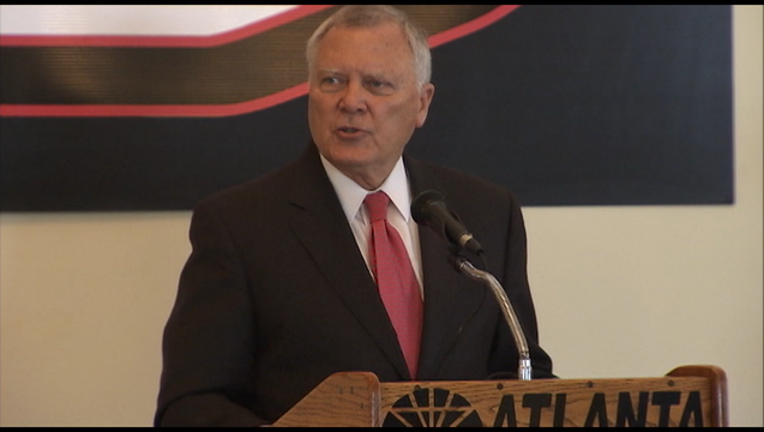 ATLANTA (AP) — Georgia can give state money to "pregnancy resource centers" that offer medical and other services to pregnant women while discouraging them from getting abortions, under legislation signed Tuesday by Republican Gov. Nathan Deal.

A Texas grand jury later cleared the organization of wrongdoing.

Deal signed the bill in a private ceremony and didn't issue a public statement.

Georgia now joins at least 10 other states that specifically dedicate funding to anti-abortion efforts, according to the Guttmacher Institute, a research organization that supports legal access to abortion. Elizabeth Nash, a policy analyst at the organization, said the practice began in some states decades ago.

Opponents of the grants say the centers use deceptive advertising to bring pregnant women in but won't discuss all legal options. They also argue that the state could still contribute financially toward lowering abortion numbers, through sex education or counseling programs.

"The state should be ensuring women are getting the best, most accurate and relevant information," Nash said. She added that bill Deal signed "allows state funds to go to organizations providing women with incomplete information or outright misinformation."

Emily Matson, executive director of the anti-abortion organization Georgia Life Alliance, said about 70 facilities in Georgia could qualify for the grant. About 40 of those centers are licensed to provide medical care, she said, while the rest provide other services including clothing and other supplies.

Matson said the organization hopes more funding for the centers will reduce the number of abortions. State records show about 27,500 abortions were performed in Georgia in 2013, the latest year available.

"When you're facing an abortion total of more than 27,000 babies being terminated each year, you're going to look closer at what we can do to ensure women truly are making choices and not just being caught in a for-profit business scheme," Matson said.

Lawmakers' budget proposal includes $2 million for the program. Deal is still reviewing it. He has until Tuesday to decide on a final spending plan for the financial year starting July 1.

Georgia already sends a small amount to some pregnancy centers from the sale of "Choose Life" motor vehicle tags. Since 2008, the state collected about $416,532 through sales of the tags, according to the Department of Revenue. Choose Life of Georgia, a nonprofit, receives $10 of each annual registration fee and has distributed nearly $300,000 to around 40 facilities since the program's creation.

Follow Kathleen Foody at http://twitter.com/katiefoody . Her work can be found at http://bigstory.ap.org/journalist/kathleen-foody .