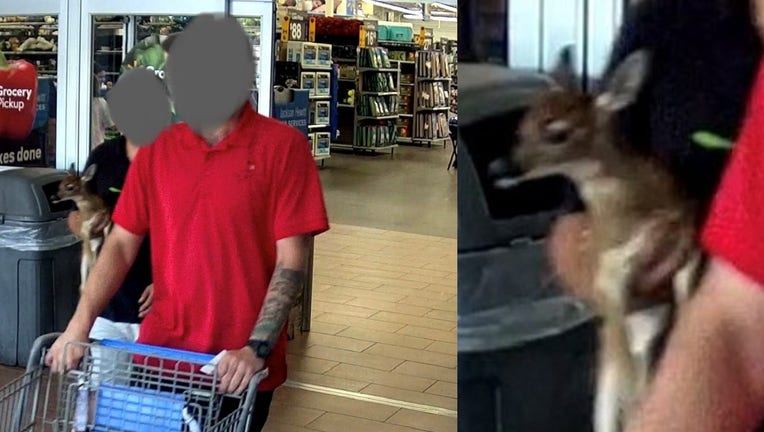 COLUMBIA COUNTY, Ga. - Georgia wildlife officials have cited a couple for illegally having a deer fawn without a permit after the couple was spotted bringing the animal to a local Walmart.

Officials with the Georgia Department of Natural Resources say they got a call from the Columbia County Sheriff's Office about two people who had brought their "pet" deer to Walmart.

In surveillance photos shared by the Georgia DNR, one member of the couple is carrying the baby deer while the other pushes a shopping cart with two cartons of milk and a giant bag of dog food in it. Officials did not say if the food that was for the deer or not.

A game warden was able to track the subjects down and confiscate the derr.

The couple was cited for possession of a wildlife without a license.

"This is a good time to remind everyone that just because you find a fawn 'abandoned' by its mother, it most likely has just been left alone until she returns and should never be moved," the Georgia DNR said on Facebook.