BUCHANAN, Ga. - Those ubiquitous video game machines in Georgia gas stations have prosecutors more worried than ever about the spread of illegal gambling.

It’s all because of a recent court ruling they say weakened law enforcement’s ability to target the owners of stores that break the law.

Critics claim electronic gambling is gambling in its most addictive form. It may also be one of the most profitable.

That’s right. More than three million dollars. According to records, the machines provided 88 percent of all gross sales in those three stores. 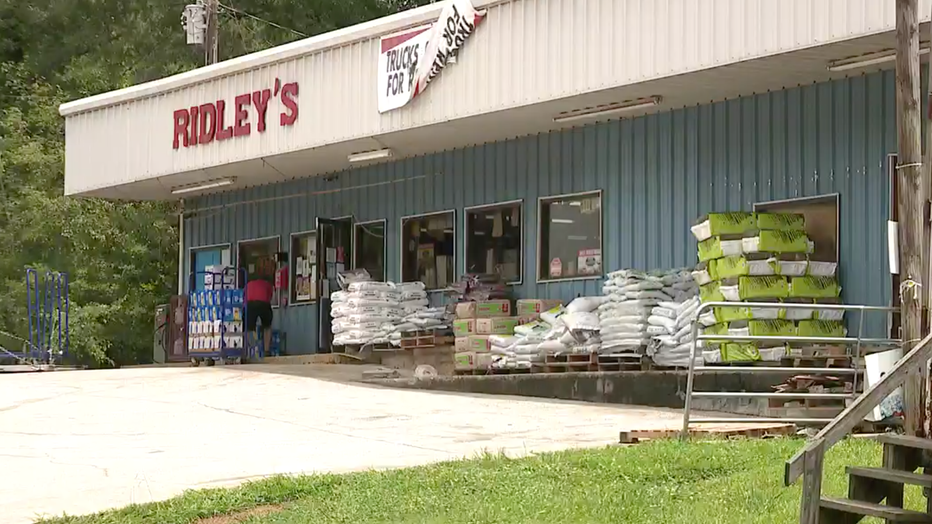 Ridley's Feed Store in Buchanan is one of three stores in rural Haralson County that combined to generate more than $3 million in electronic game machine sales in less than a year.

“The machines,” he said, “to quote a gambling executive, they’re designed to get people to play til extinction. So until all your money is lost.”

Georgia law says winners can only be paid in lottery tickets or store credit. So why would people play so often if the prize was only free gas or snacks?

Authorities have long suspected some store owners secretly paid winners in cash. In 2016, the Georgia Bureau of Investigation launched a nearly year-long probe looking at one of the biggest suppliers of game machines in our state: River City Amusements of Haralson County, owned by Ronnie Ridley. 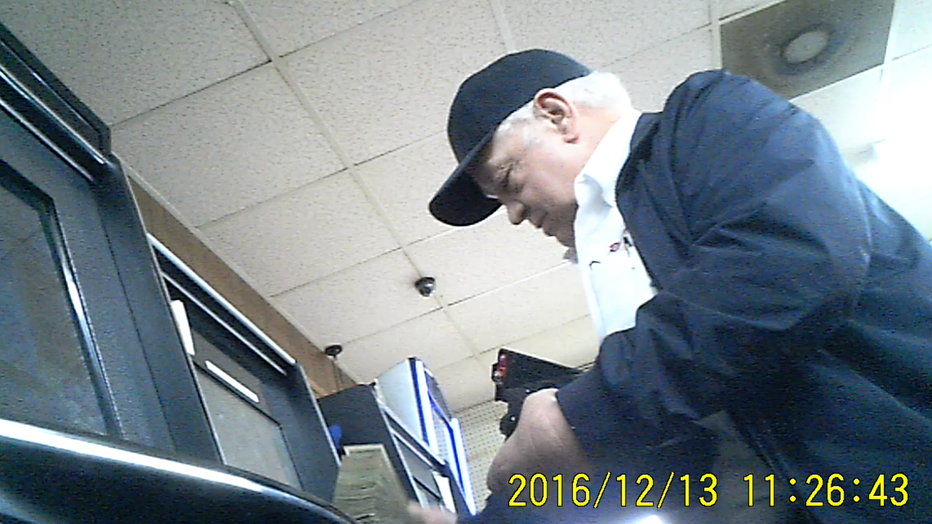 GBI hidden camera video showed River City Amusement owner Ronnie Ridley emptying cash from machines in a store that he claimed he had sold to avoid a conflict of interest. The GA Lottery didn't buy his explanation. (Georgia Bureau of Investigation)

The company provided machines to 19 stores across Georgia, from Savannah to Carrollton. Undercover GBI agents visited all of them, including three stores in Haralson County once owned by Ridley. Hidden cameras recorded store clerks secretly paying cash for their winnings.

Because of new ownership rules for machine providers, Ridley had recently sold his three stores to his then-girlfriend Mary Ellen Layton.

The GBI eventually arrested the pair and, in 2019, they were indicted on 31 counts, including racketeering and felony commercial gambling.

But just like in Vegas, agents eventually learned a hard lesson: the House always wins in the end.

This case never went to trial. 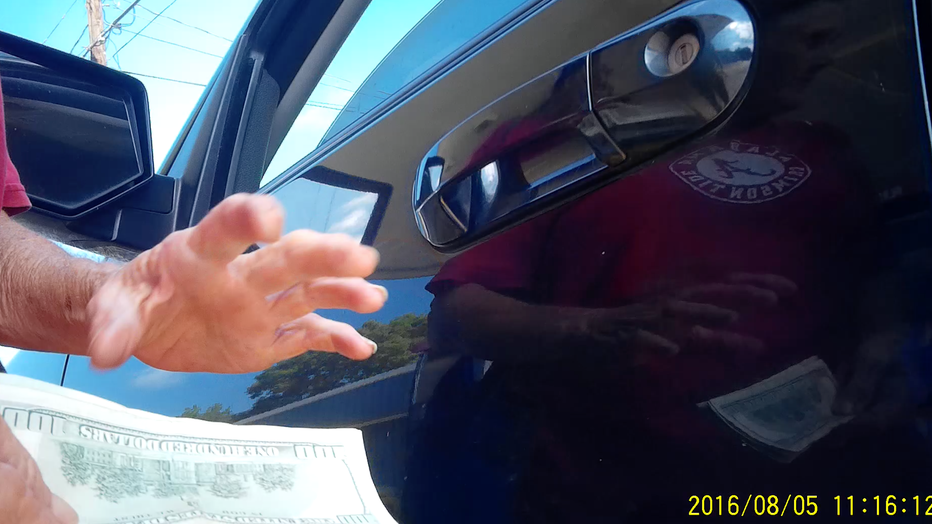 Undercover agents recorded video showing illegal cash payments multiple times at all three Ridley stores in Haralson County. No one was ever prosecuted. The DA said an appellate court ruling in a similar South Georgia case left him unable to pursue f

“Even before this case the GBI was looking at all these machines coming in,” said Pete Skandalakis, director of the Prosecuting Attorneys’ Council of Georgia, a group that represents district attorneys.

“And they’re still concerned about them,” he stressed.

Concerned, but likely not able to do much about them now. It all stems from a recent appellate court ruling that authorities say makes it much harder to prosecute owners for felony commercial gambling, even if there’s clear evidence the store is secretly paying winners in cash.

In March, Haralson County District Attorney Jack Browning announced he was dismissing the Ridley and Layton cases because the Georgia Court of Appeals had overturned another case with “identical facts, charges, and evidence.”

“That ruling effectively gutted the entire GBI investigation and case against Ridley and Layton,” Browning said.

In essence, the court ruled just because a coin-operated amusement machine was used for gambling purposes doesn’t automatically make it a gambling device. And if there’s no gambling device, a store can’t be considered an illegal commercial gambling operation.

That meant authorities could only charge the clerks paying the cash, not the owners who ran the business. And paying cash is only a misdemeanor. DA Browning said in the Ridley case, the statute of limitations had already expired on any potential charges against the clerks.

“Now you’re going to have to look at what was the knowledge of the owner,” explained Skandalakis. “It’s going to be much tougher to prosecute those cases… as felonies.”

After years of regulations from the Georgia Department of Revenue, the Georgia Lottery is now in charge of managing the coin-operated amusement machines or COAMs.

The Georgia Lottery monitors how much money goes into each machine. In 2020, the Lottery started keeping 10 percent off the top.

The Georgia Lottery did punish Ridley, issuing a $200,000 fine and stripping him of his license, ruling his “alleged sale” of his three stores to girlfriend Layton was “a ruse.”

Layton is now his wife. And Ridley is now chairman of the Haralson County Commission. 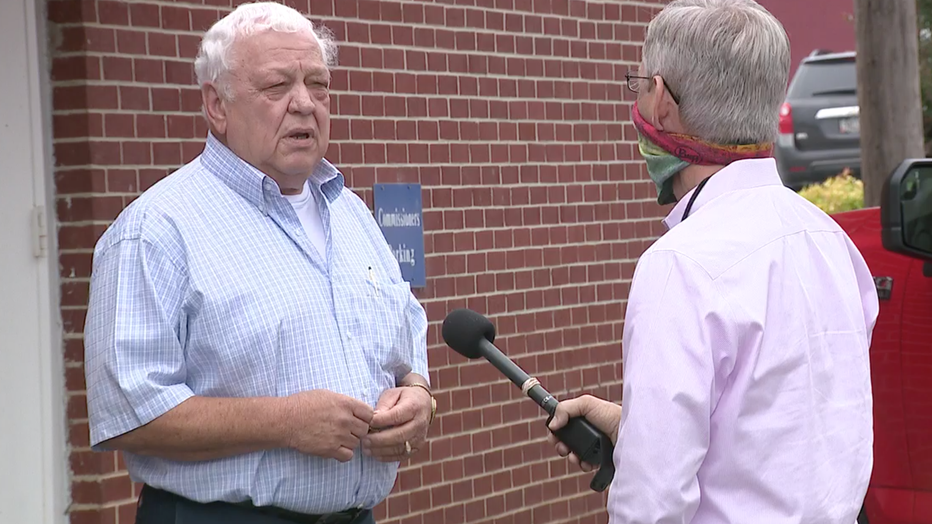 After his indictment, Ronnie Ridley became chairman of the Haralson County Commission. He denies knowing anything about cash payoffs in stores that bear his family's name.

“I thought I was legal,” he said. “I’ve operated games for 32 years. That’s the first time I’ve ever went through that.”

He pointed out the GBI never had video of him or his wife paying cash to players. Did he know those three stores were secretly paying winners in cash?

We asked, now that he’s out of the COAM business, is it clean or dirty?

“It could be either way,” Ridley answered. “However you want to make it.”

The Georgia Lottery had no comment about the impact of the court ruling.

“The downside is people are losing their money going into these establishments and gambling away their paychecks,” Skandalakis stressed. “We know that’s happening and we need to do something about it.”