ATLANTA - Experts are urging communities to prepare for increased unlawful militia activity and voter intimidation as get closer to Election Day.

Researchers believe Georgia, Wisconsin, Oregon, Michigan, and Pennsylvania have the highest risk for militia activity before, during, and after the November election.

"This year is the first that we are concerned about, our work on extremism and voting rights kind of colliding," Allison Padilla-Goodman, the vice president of the Anti-Defamation League's Southern Division, told FOX 5 reporter Brian Hill.

A report from the Armed Conflict Location & Event Data Project (ACLED) looked at states where militias have cultivated relationships with law enforcement, engaged in anti-coronavirus lock down protests, and hosted recruitment drives.

Right-wing militia groups, according to the researchers, “pose a serious threat to the safety and security of American voters.”

"We will see people very unhappy with the results and questioning the results, all of this is creating a perfect storm for clashes," Padilla-Goodman explained.

She believes the state is also on this list because armed groups tend to intersect with politics, the active protest culture in the state, and "Georgia has always been a red state. We are suddenly being talked about and possibly becoming a purple state. Anytime we see these political transitions happening, it can inspire a sense of loss."

The range of extremist activities includes everything from armed demonstrations to voter intimidation to violence. 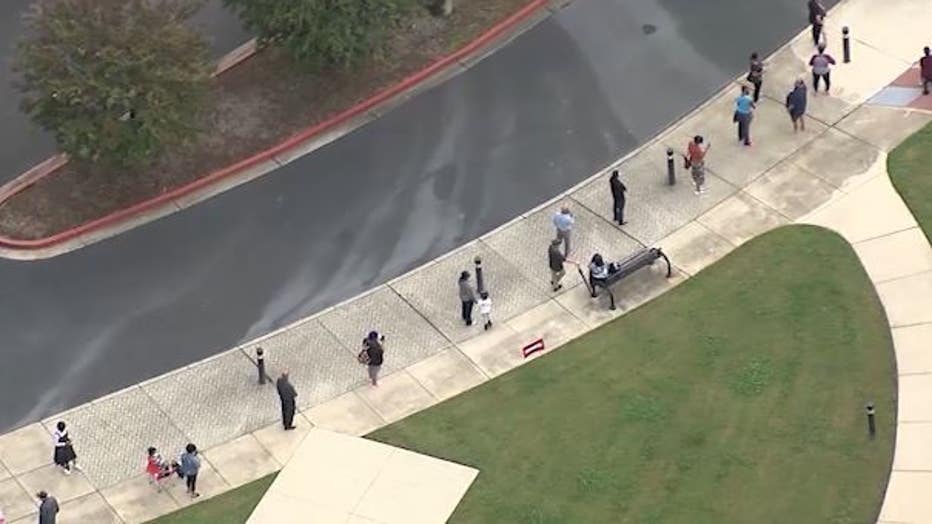 Anyone who sees an armed group near polling locations, experts said document everything seen such as their clothing and what they're doing.

"You should call 1-866-OUR-VOTE. That's O-U-R VOTE to report any issues," Padilla-Goodman mentioned.

FOX 5 spoke with an attorney about what's considered an unlawful militia.

"Any group that is, sort of, paramilitary group, that has a command structure, that frames paramilitary tactics," Attorney Andrew Bowen with The Law Center explained. "They may have uniforms. Of course, you have to have firearms as well to be an illegal or unauthorized militia."

Georgia law makes it illegal for groups to organize as private militias without permission from the state.

The Georgia Bureau of Investigation said they take threats from militia and other groups seriously and will investigate credible threats.

Padilla-Goodman said the ADL doesn’t expect violence at the polls and voters shouldn't be fearful or hesitant about voting in person.