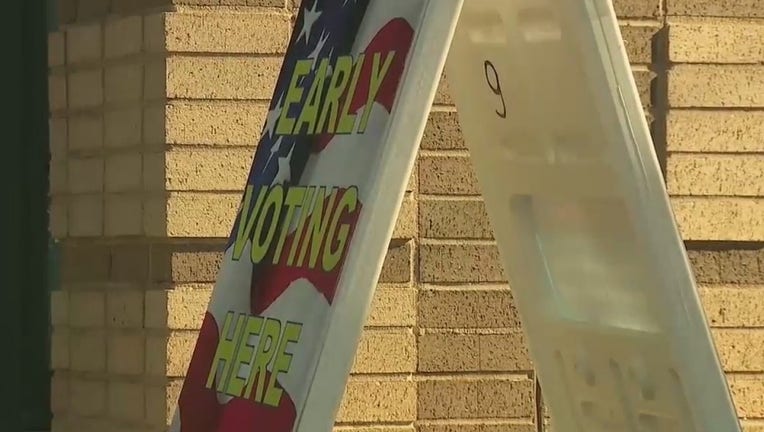 ATLANTA - Georgia is asking a judge to toss out a Department of Justice lawsuit challenging the state’s sweeping new election law.

In a motion to dismiss filed Wednesday in federal court in Atlanta, lawyers for the state called the lawsuit "a politicized intrusion" into the state’s constitutional authority to regulate its elections. The state’s election laws "are reasonable, non-discriminatory, and well within the mainstream of election laws across the country," they wrote.

U.S. Attorney General Merrick Garland announced the lawsuit last month, saying that Republican state lawmakers in Georgia had rushed the election overhaul through with an intent to deny Black voters equal access to the ballot. 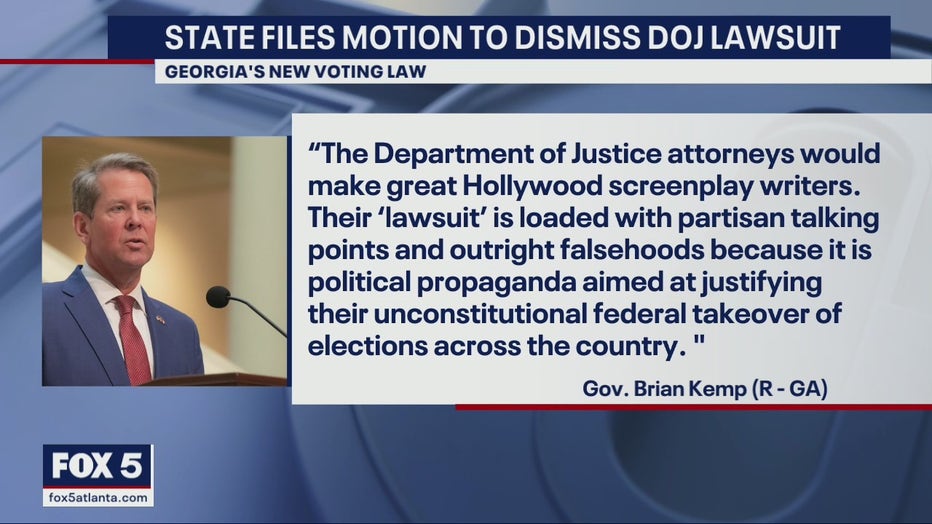 The move by the Biden administration came two weeks after Garland said his department would look closely at Republican-led efforts to tighten state voting rules. He said the federal government would act if prosecutors found unlawful activity.

Many of the more controversial proposals for Georgia’s new voting law were ditched before it passed, but its scope and new powers given to the state over local election offices are notable.

Known as SB 202, it also adds a voter ID requirement for absentee ballots, shortens the time period for requesting absentee ballots and allows fewer ballot drop boxes in metro Atlanta than were available during last year’s election. Those were among the provisions that caught the attention of the federal government. 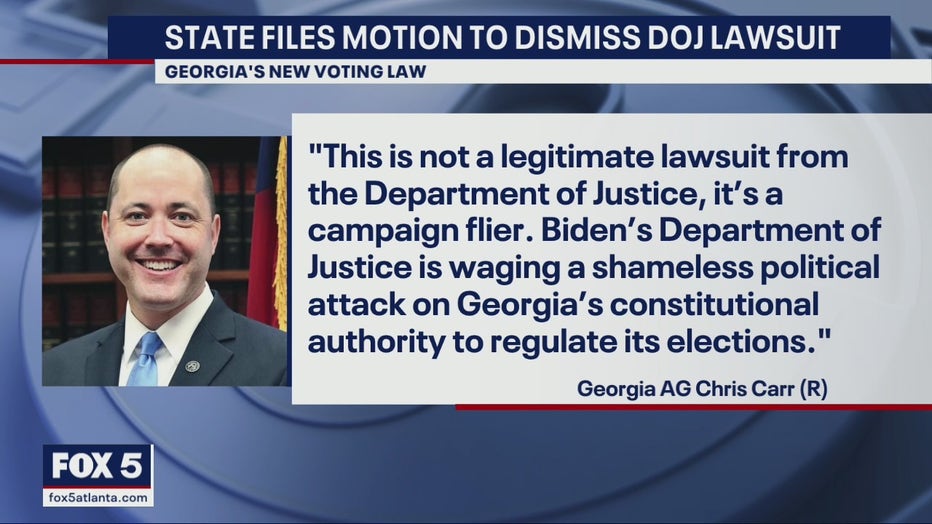 "The Department of Justice attorneys would make great Hollywood screenplay writers," Georgia Gov. Brian Kemp said in an emailed statement Wednesday. "Their ‘lawsuit’ is loaded with partisan talking points and outright falsehoods because it is political propaganda aimed at justifying their unconstitutional federal takeover of elections across the country."

The U.S. attorney’s office in Atlanta declined to comment on the motion to dismiss.