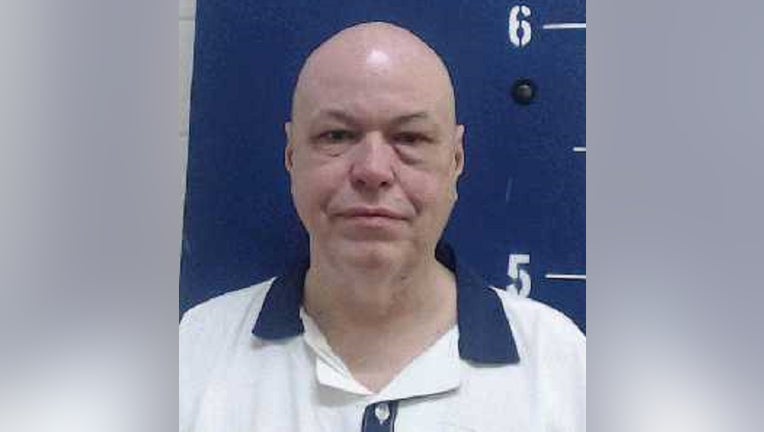 ATLANTA - The state of Georgia is appealing a judge's temporary stay of the execution of man who killed an 8-year-old girl and raped her 10-year-old friend 46 years ago.

A judge on Monday issued the order pausing the state’s plans to administer a lethal injection a day later to Virgil Delano Presnell Jr. The state on Tuesday appealed that order to the Georgia Supreme Court, which still hadn’t ruled as the 7 p.m. execution time approached.

Department of Corrections spokeswoman Joan Heath said just before 6:30 p.m. that the attorney general’s office had advised prison officials that the execution would not be carried out Tuesday.

The execution warrant is valid for a seven-day window that began at noon Tuesday and runs through noon on May 24. In the event the state Supreme Court reverses the lower court’s order, the execution could be rescheduled within that window without state officials having to seek a new warrant.

Presnell, 68, abducted and attacked the two girls as they walked home from an elementary school in the Atlanta suburb of Cobb County in May 1976. He was convicted in August 1976 on charges including malice murder, kidnapping and rape and was sentenced to death. His death sentence was overturned in 1992 but was reinstated in March 1999.

A lawyer for Presnell has argued that he is "profoundly brain damaged," likely as a result of his mother’s heavy drinking during pregnancy, and didn’t understand the harm he was causing the girls. He is deeply sorry for the pain he caused and wishes he could "take it all back," attorney Monet Brewerton-Palmer wrote in a clemency application submitted to the State Board of Pardons and Paroles.

The five-member board, which is the only authority in Georgia that can commute a death sentence, on Monday declined to grant Presnell clemency.

Fulton County Superior Court Judge Shermela Williams on Monday issued an order temporarily blocking the state from proceeding with the execution while a legal challenge is pending. A lawsuit filed on behalf of Presnell’s lawyers argues that by setting Presnell’s execution date, the state violated an agreement that effectively put executions on hold during the coronavirus pandemic and established conditions under which they could resume.

The lawsuit was filed on behalf of the Federal Defender Program, which represents Presnell. It says that under an agreement between Attorney General Chris Carr’s office and lawyers who represent people on death row, the state would halt almost all executions until six months after three conditions had been met: the expiration of the state’s COVID-19 judicial emergency, the resumption of normal visitation at state prisons and the availability of a COVID vaccine "to all members of the public."

While the judicial emergency ended in June, prisons are still using a modified visitation policy and children under 5 still can’t get vaccinated, Presnell’s lawyers argue.

The attorney general’s office gave Presnell attorney Monet Brewerton-Palmer two days’ notice that it intended to seek an execution warrant for him, the lawsuit says. The warrant was issued April 27, leaving Brewerton-Palmer just three weeks to prepare for a clemency hearing that was held Monday.

The clemency hearing lasted only an hour and Brewerton-Palmer did not call any witnesses or experts to testify or submit the dozens of witnesses she would otherwise have provided, Mike Caplan, a lawyer representing the Federal Defender Program said in court Monday. Her clemency case was "completely gutted" because she didn’t have time to adequately prepare, Caplan said.

Presnell abducted the two girls as they walked home along a wooded trail from school. He drove them to a secluded wooded area, had them undress and raped the older girl, according to evidence at trial outlined in a Georgia Supreme Court ruling. The younger girl tried to run, but Presnell caught her and drowned her in a creek, the ruling says.

He locked the 10-year-old girl in the trunk of his car and then left her in a wooded area when he got a flat tire, saying he’d return. She ran to a nearby gas station and described Presnell and his car to police.

Officers found him changing his tire at his apartment complex. He denied everything at first but later led police to the 8-year-old girl’s body and confessed, the ruling says.

Presnell would have been the first person executed by Georgia this year and the seventh nationwide.