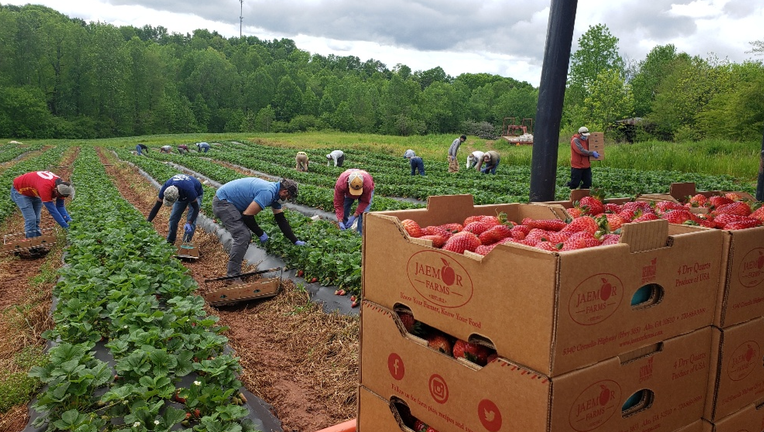 Workers pick what Jaemor Farms GM says is one of their best strawberry crops in recent memory.

ALTO, Ga. - As Georgia restaurants slowly start to reopen for sit down service, there’s one group keeping a closer eye than most.

“I think the farmers are really keeping their fingers crossed,” agreed Drew Echols, general manager of Jaemor Farms in Hall County. “Really watching these markets especially how the food industry’s going to do over the next week or so. Is that demand going to be there?”

Georgia farmers are hoping with the reopening of Georgia restaurants they will be in a better economic position.

When the FOX 5 I-Team first interviewed Echols in early April, he had two big worries: he wouldn’t be able to get his usual migrant work crew through an increased border screening, and demand would be so soft much of his impressive crops of fruits and vegetables would be left rotting in the fields. 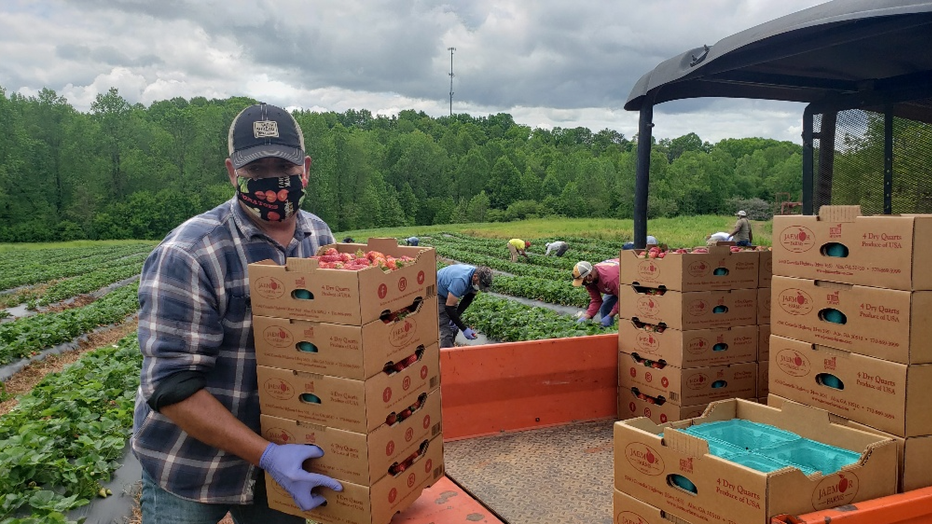 For the first time, workers now wear masks as they pick fruits or vegetables per USDA guidelines.

The fruit pickers who come year after year to bring in his harvest have all arrived. In addition to rubber gloves, each now wears a mask per USDA guidelines. We watched as a masked crew of a more than a dozen men moved rapidly through a field of strawberries. Echols admitted the scene was a bit unsettling. Still…

“I would whole lot rather see people out there with masks than no people at all,” he pointed out. “So that’s fine. If we have to wear helmets, we’ll do whatever it takes to get the crop picked.”

In the meantime, it’s consumer demand that’s kept Echols afloat. Remarkably, he said 90 percent of his crops are being bought directly by people who visit their Hall County location. 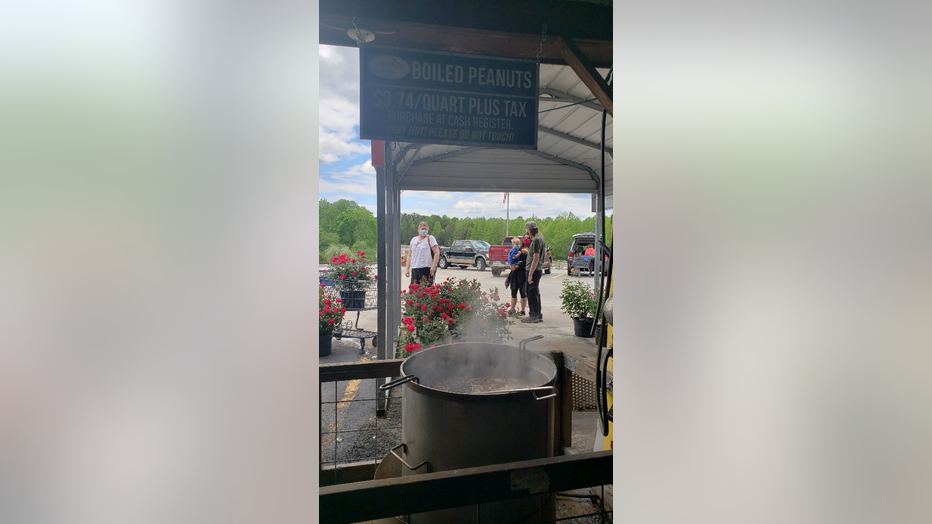 In fact, the crowds have been so big Jaemor Farms had to stagger entry to the store, at times creating long lines just to get into the parking lot.

Robert and Susan Desandre drove up from Dacula along with daughter Gianna.

“Everyone did have a mask on,” observed Gianna. “But that was comforting to know that everyone’s like taking precautions.” 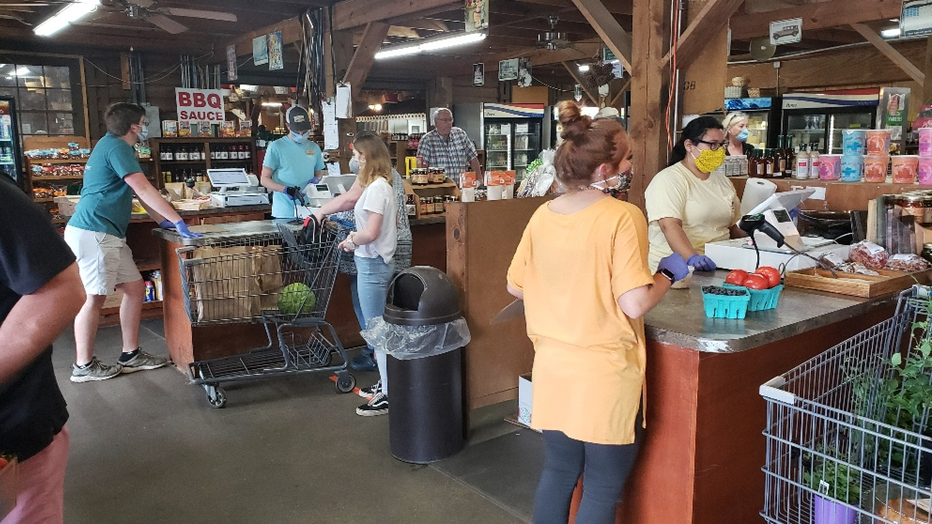 Masks aren't just in the fields at Jaemor Farms.

They spent $60, part of their effort to support locally-owned businesses.

“They’re the ones that are getting hit the hardest,” explained Robert.

But maybe not for long, if Georgia strawberries can once again wind up on Georgia restaurant menus.