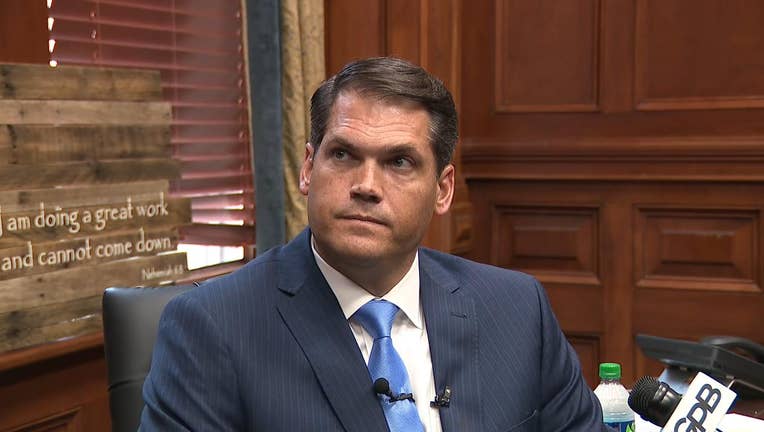 Lawyers representing former state Sen. William Ligon, who didn’t seek reelection in 2020, and Lt. Gov. Geoff Duncan had asked the judge to quash subpoenas for them to testify before the panel, citing legislative privilege and immunity.

In an order released Wednesday, Judge Robert C.I. McBurney said both Ligon and Duncan will need to testify, but that there should be limits on how they can be questioned.

The two lawmakers had argued the Georgia Constitution provides immunity to legislators and their staff, citing a provision that says no member of the General Assembly "shall be liable to answer in any other place for anything spoken in either house or in any committee meeting of either house."

They assert that that protection covers any legislative activity including participation in floor debates, committee hearings and meetings; conversations with staff and other legislators and their staff on legislative matters; and all other activities within their official responsibilities.

Ligon chaired a Senate subcommittee hearing on Dec. 3, 2020, during which Rudy Giuliani, a lawyer for Trump, and others spoke for several hours and presented claims of alleged election fraud, many of which "have been demonstrated to be utterly false," Fulton County District Attorney Fani Willis argued in a response to the motion. Ligon then made public a report summarizing the public comments during the hearing and presenting the assertions made by Giuliani and others "as true ‘findings’ even when they had been publicly (and repeatedly) debunked by state officials for weeks," Willis wrote.

The report concluded with the suggestion that if a majority of the state’s lawmakers agree with the findings of the report, the certification of the 2020 election should be rescinded and the General Assembly "should act to determine the proper Electors to be certified to the Electoral College in the 2020 presidential race."

In his ruling, the judge declared that Willis could not ask the witnesses about anything he said while participating in a legislative session, and they also can not be asked about any direct communications with other legislators while preparing for the sessions.

"Where the legislative privilege ends and the grand jury's authority to question the witnesses about possible criminal electoral interference by others begins is when a witness (or his staff) has engaged with private citizens on topics relevant to the grand jury's investigative charter," McBurney wrote in his decision.

McBurney said that whatever guidance ends up flowing from Friday’s hearing will not apply solely to Ligon and Duncan but will likely have a "carryover effect" when other lawmakers appear before the special grand jury. But he acknowledged that each lawmaker’s situation may require some degree of individual assessment.

Fulton County District Attorney Fani Willis opened the investigation early last year and in January of this year took the unusual step of requesting a special purpose grand jury. She wrote in a letter to the county superior court chief judge that her team believes the 2020 general election "was subject to possible criminal disruptions" and is looking into "any coordinated attempts to unlawfully alter the outcome of the 2020 elections in this state."

Because she is trying to compel testimony from people who live outside of Georgia, Willis had to submit petitions for a judge’s approval. The judge overseeing the special grand jury signed off on her petitions.

The next step is to deliver the documents to a prosecutor wherever each potential witness lives so that they can be presented to a local judge to hold a hearing. If that judge determines that the person is a "material and necessary witness" and that the trip to Atlanta to testify would not be an undue burden on the potential witness, the judge would issue a subpoena to compel the person to testify before the special grand jury. Someone who fails to comply with a subpoena can be found in contempt.

Attorneys representing Graham of South Carolina said Wednesday that he intends to challenge the subpoena.