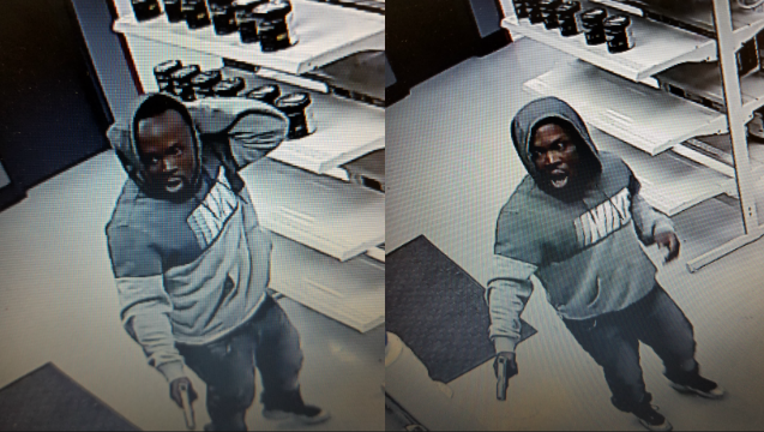 FULTON COUNTY, Ga. - Fulton County Police are searching for a suspect in the armed robbery of an auto parts store.

Police released surveillance images of the suspect, who pictured pointing a gun inside the location off Fulton Boulevard on September 9.

Anyone with information about this crime is asked to contact Atlanta Crime Stoppers at 404.613.5715.