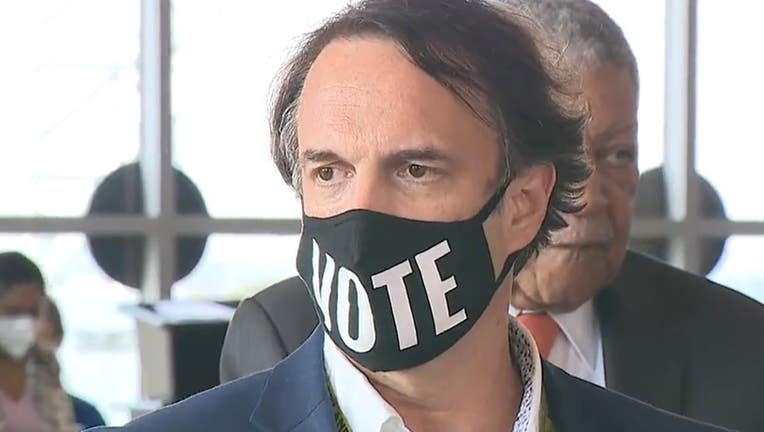 The Fulton County Election Board voted 3-2 Tuesday to fire Richard Barron after receiving criticism for its handling of the presidential and Senate runoff. Barron served in the position for eight years.

Barron's firing comes after a series of elections where the county was criticized by state elections officials and targeted over rumors about vote tampering.

In November, the Georgia Secretary of State's Office opened two investigations into Fulton County's handling of the 2020 election involving the "chain of custody" dealing with votes.

The county received regular criticism from the secretary of state's office, with complaints about delays caused by technical problems and a lack of manpower due to the COVID-19 pandemic.

"Fulton County did not do well. They were not ready for the onslaught. They had computers down. Faculties not open and used inexperienced poll workers all over the county," NAACP Atlanta President Richard Rose told FOX 5 after the second day of early voting in the 2020 election.

The Fulton County Board of Elections voted to remove director Richard Barron.

This was not the first time the county had been criticized for election delays. In 2017, an issue with the software at the Fulton County elections preparation center led to delays in election vote reporting for hours.

Fulton County also was the focus of allegations of voter fraud by former President Donald Trump, who claimed that thousands of ballots were illicitly added in the county as well as through fraudulent mail-in votes in a phone call to Secretary of State Brad Raffensperger. After multiple counts and audits, no major voting discrepancies have been found.