Henry County deputy killed in a hit and run

Funeral services for Henry County Deputy Cedrean McEachin is set after being killed in a hit and run.

HENRY COUNTY, Ga. - A McDonough man killed in a hit and run crash on Black Friday has been identified as a Fulton County deputy.

On Nov. 29 at around 5 a.m., authorities said Cedrean Jacquis McEachin, 28, was driving along Interstate 75 southbound in Henry County when he hit a guardrail near mile marker 225. McEachin got out of the black 2019 Chevy Camaro, then was struck and killed by another vehicle. 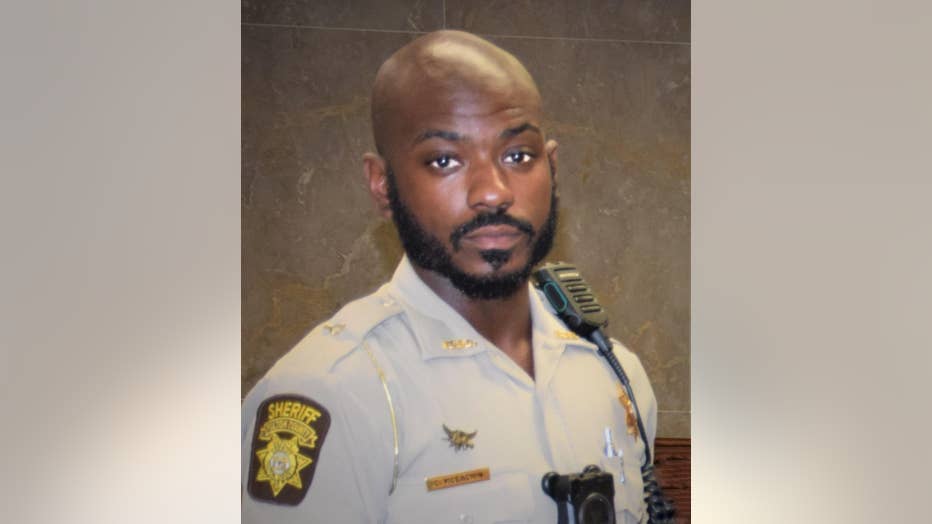 McEachin was a deputy sheriff with the Fulton County Sheriff's Office. He started in 2015.

According to investigators, the unknown driver who hit Deputy McEachin left the scene.

Anyone with information is asked to call the Henry County Police Department at 770-288-8293.