Frozen berries recalled due to possible hepatitis A contamination

WASHINGTON - Packages of frozen raspberries and mixed berries containing raspberries that are sold at two grocery chains are being recalled because they could be contaminated with hepatitis A, according to the U.S. Food and Drug Administration. 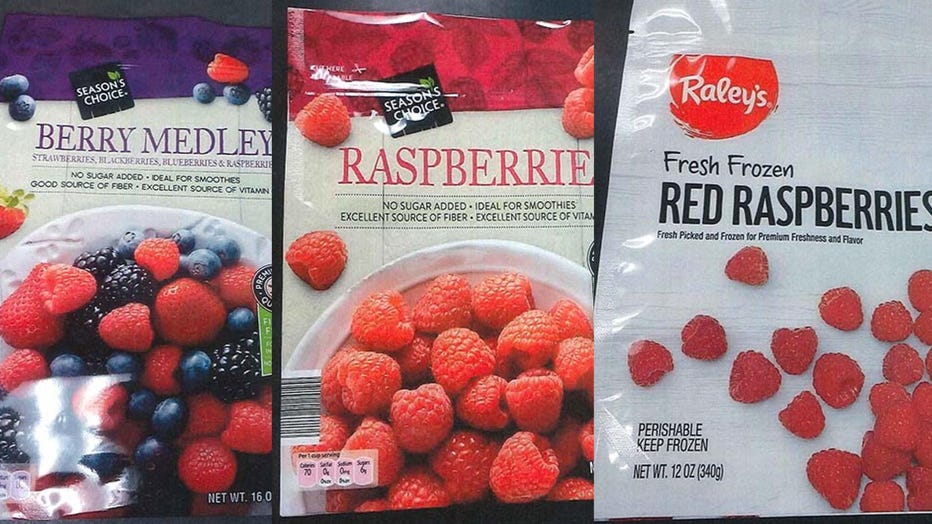 The frozen packaged products in the recall are shown in provided file images. (Photo Credit: U.S. Food and Drug Administration)

The recalled frozen raspberries were imported from Chile. The recall was issued “out of an abundance of caution” after government sampling resulted in a positive test for hepatitis A.

No illnesses associated with the recall have been reported, the FDA said.

The recalled frozen raspberries were packaged and sold in the following sizes and with the accompanying information:

Officials said anyone who may have purchased the products should either throw them away or return them to the store for a full refund. Customers with questions can contact Wawona Frozen Foods at 866-913-0667 or visit its website.

Hepatitis A is a highly contagious liver infection caused by the hepatitis A virus, according to the Centers for Disease Control and Prevention. It can range from a mild illness lasting a few weeks to a severe illness lasting several months. Although rare, it can sometimes lead to death, the CDC said.

Hepatitis A typically spreads when a person unknowingly ingests the virus from objects, food or drinks contaminated by small, undetected amounts of stool from an infected person, the agency states on its website.