FOX 2 - UPDATE (Thursday): The freighter has been freed after running aground in the Detroit River near Grosse Ile a day ago.

The freighter stuck near Grosse Ile in the Detroit River was freed Thursday night.

A Canadian freighter carrying diesel and coal fuel ran aground on the Detroit River Wednesday.

Part of the 500-foot vessel called the Harvest Spirit is in Canadian waters, another in American waters.

A Canadian freighter carrying diesel and coal fuel ran aground on the Detroit River. Part of the 500-foot vessel called the Harvest Spirit is in Canadian waters, another in American waters.

"It was reported to us they lost propulsion due to a lube oil pump failure and once that happens it’s a very dangerous situation and the vessel needs to be controlled somehow," said Lt. Jeremiah Schiesel, Coast Guard. "Unfortunately, in this case, they dropped their stern anchor and the bow drifted into an area that was too shallow."

Schiesel says the ship ran aground around 7 a.m. Wednesday in the Livingstone Channel near Grosse Ile. Hours later, another vessel touched bottom trying to avoid the larger ship-snarling the channel. 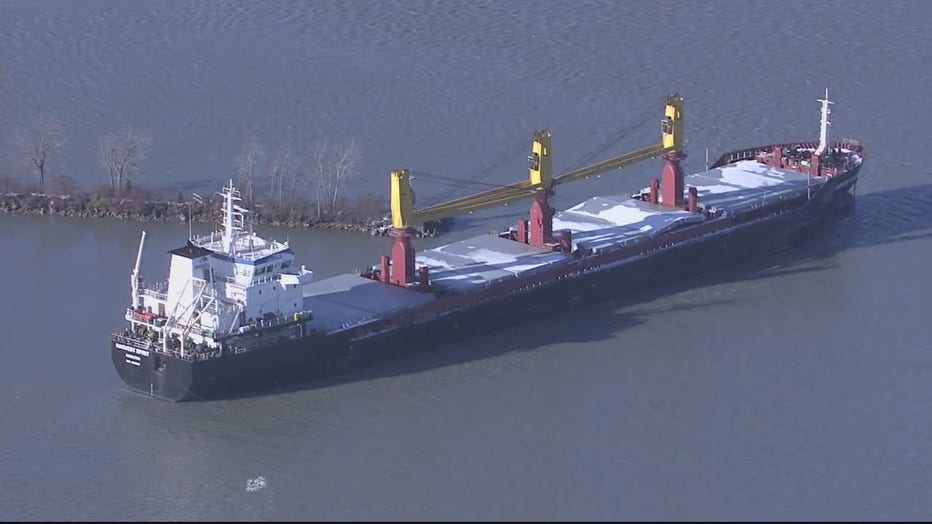 "The (second ship) did not run aground, they touched the bottom," he said. "And then they went out to an anchorage to assess if there was any damage."

The Harvest Spirit crew, with oversight from Canadian and American agencies, is coming up with a plan to get its ship floating again.

"It has to have a salvage plan that needs to be approved, contractors need to be called out, to make sure this vessel is refloated without causing undue risk to people, the environment, and to minimize the economic impact," he said.

The grounding shut down the Livingstone Channel. There’s limited access to the Amherstburg, the alternate channel. There are no reports of injuries or pollution. 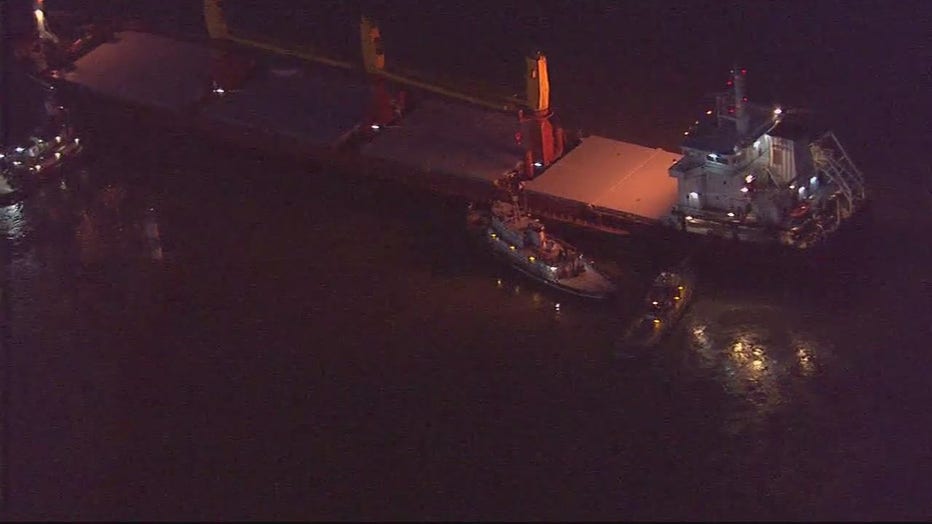 The Canadian Coast Guard says its environmental response team is on the scene. Authorities asking recreational boaters to steer clear of the area.

"Even though the weather is very cold, we still see some diehards out there trying to get some last boat time in," he said. "But we want to advise the public to just kinda stay away and allow the salvage crews to safely operate."

Those crews will be out well into Thursday morning. Right now it's unclear if the vessel’s owner will be cited.