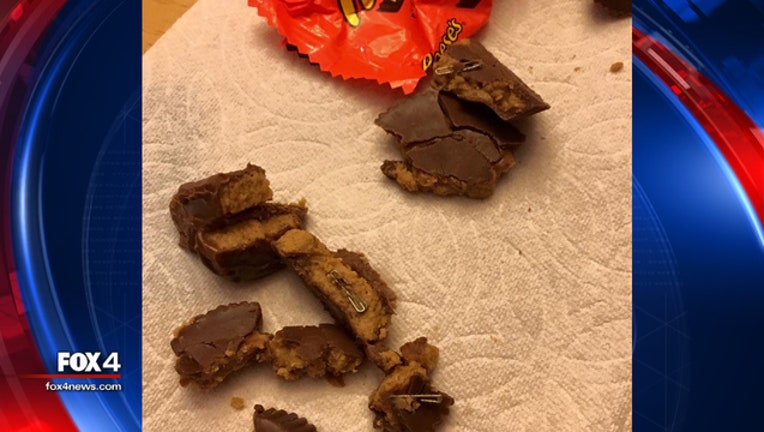 Two Fort Worth women found staples in their children’s Halloween candy, according to a police report.

One woman found a staple in a Reese’s Peanut Butter cup and told a neighbor about it. The woman asked if the neighbor if her child had gotten any Reese’s cup as well. When they looked they found more Reese’s cups that had staples in them.

The woman told police that the fun sized packages were sealed and that only her and her child opened the candy.

The woman said she wanted to file a police report for informational purposes and that she was going to contact the Hershey’s company to notify them of the staples.