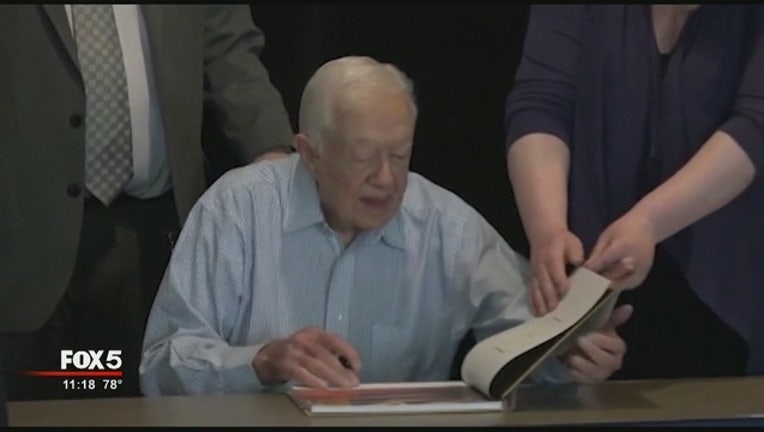 ATLANTA (AP) - Former President Jimmy Carter is being recognized for his contributions to relations between the U.S. and China.

The foundation said in a statement Thursday that the award goes to people who have made "profound contributions to the development of constructive and mutually beneficial relations" between the U.S and the People's Republic of China.

A private award ceremony is scheduled June 12 at the Carter Center in Atlanta.

Emory University in Atlanta this week announced that the 94-year-old former president was granted tenure there. Carter has served as University Distinguished Professor at Emory for 37 years.