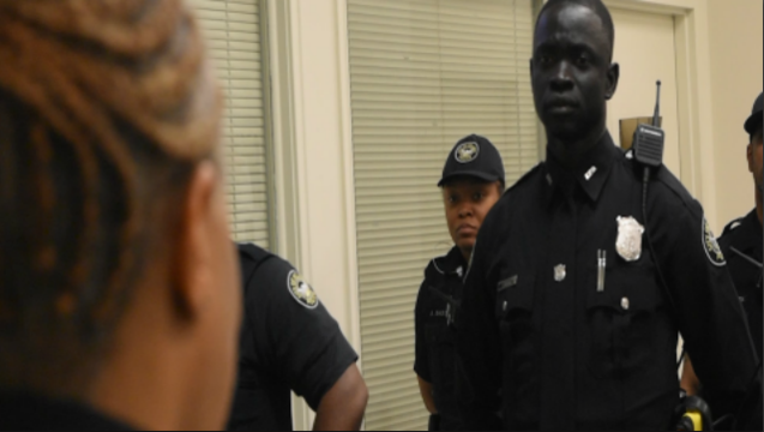 ATLANTA - Imagine being a 7-year-old boy having to flee your home, walking barefoot with no food and no water.

That is how Jacob Deng Mach, one of the newest Atlanta police officers, started his journey to America.

The former "Lost Boy of Sudan" was one of 20,000 refugees who was forced to flee Sudan due to civil war in the late 80's. Mach says he traveled through Ethiopia and Kenya, overcoming starvation while witnessing some of his close friends get eaten by wild animals, including lions and hyenas.

“I’m someone who is very faithful," Officer Mach says. "I believe in God. That faith gave me hope and optimism.”

Mach eventually resettled in the United States to start a new life at age 21—barely speaking English with little money. He worked two low-paying jobs to make a living and went on to graduate from Georgia State University, after transferring from Georgia Perimeter College.

Although he had many setbacks along the way, Mach never stopped chasing his dream to become a member of the Atlanta Police Department.

"He is a gift to our department because it’s everything that America embodies," says Police Chief Erika Shields.

On February 14, Mach graduated from police academy and his dream came true. The 37-year-old now has a message for other refugees or anyone facing challenges.

"Keep pushing, keep learning," says Mach. "The only bad thing is to give up but when you don’t give up, you realize the dream you are pursuing.”