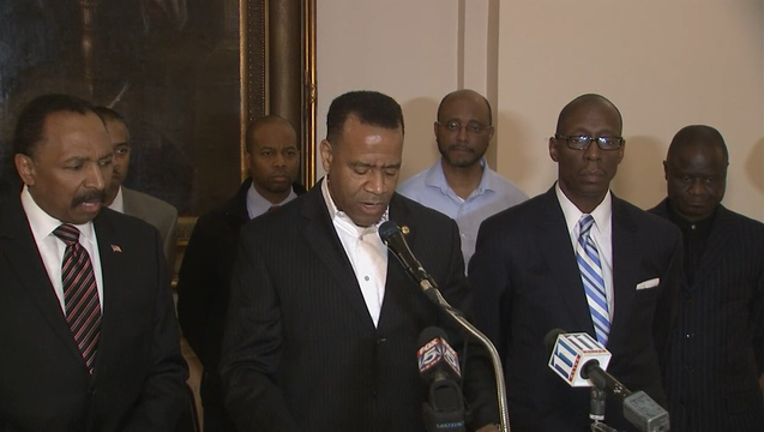 ATLANTA - Atlanta's former fire chief came out in support of the religious freedom bill at a rally at the Gold Dome on Thursday.

Governor Nathan Deal vetoed the bill earlier this week. But Kelvin Cochran, who was fired over a book he wrote about his Christian faith, and a group of faith leaders rallied at the State Capitol in support of reviving the bill, if not overriding the governor’s veto.

Thursday was the first time the former fire chief has spoken publicly in month.