ATLANTA - A former top Atlanta contracting official who was part of a consulting company with Mayor Kasim Reed's brother is headed to prison.

Larry Scott, head of Atlanta’s contract compliance office told a federal judge he was profoundly sorry for the mistake he made in helping a longtime friend, Tracy Reed, set up a company.

“I think we are beginning to close another chapter in our corruption probe,” said U.S. Attorney Bjay Pak. 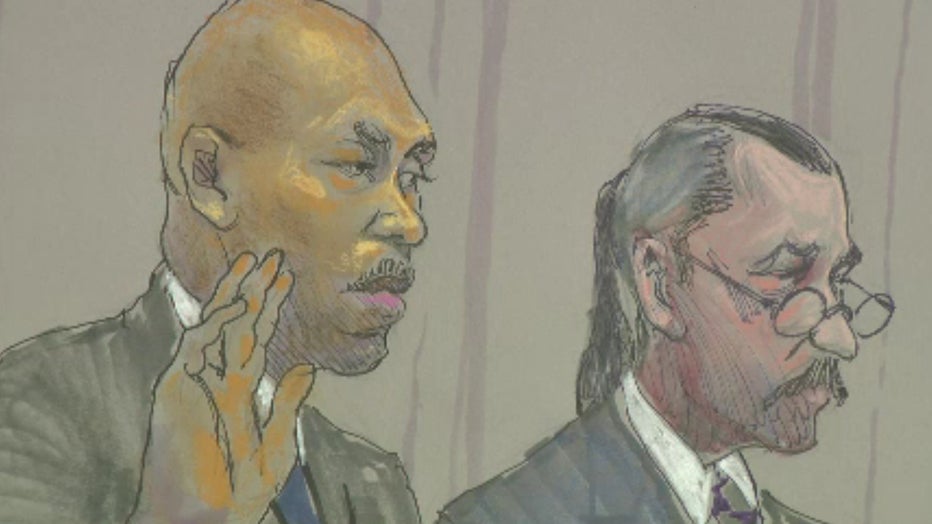 Larry Scott pleaded guilty to a county of wire fraud and a count of tax fraud.

Pak, says the sentencing of Larry Scott is unfortunate as the sixth person has been now been found guilty and sentenced to prison in the ongoing Atlanta city hall corruption probe.

“It's unfortunate because Mr. Scott did lead a pretty successful career and a life that's law-abiding, but for a very extended period of time, he has lied to the people of the city of Atlanta, said Pak.

Larry Scott pled guilty wire fraud after he to set up an outside consulting company seeking contracts with the city called Cornerstone US Management Group. Scott made "$220,000 as cornerstone's business manager" between 2012 and 2017.

But Scott never disclosed the job or the money to the city as required by city code.

Scott also pled guilty to filing "six false and fraudulent federal income tax returns" when he failed to report the majority of money he earned from Cornerstone.

“He's assisting a good friend of to start a company.  It turns out it was a bad decision; he's paying the price,” said Scott’s attorney Steve Murrin.

Scott and his attorney Steve Murrin, met with reporters after the sentencing. Scott did not talk, but during the sentencing, he told the judge Tracy Reed was a longtime friend and fraternity brother who asked him for his help in setting up a consulting company helping others seek contracts with the city.

He said he was only a bookkeeper and was profoundly sorry and takes full responsibility for the mistake he made. He also told the judge those mistakes had nothing to do with the ongoing city hall investigation.

“Larry implicates no one in his crimes. He has no knowledge or information regarding the administration of Kasim Reed,” said Murrin.

District Court Judge Steve Jones sentenced Scott to two years in prison and ordered him to pay back the city of Atlanta and the IRS some $125,000.

One more Atlanta city official going to jail; it doesn't appear to be over yet.

“It's a brand new year and the same scenario again, and unfortunately I don't think we are done," said Pak.