He was arrested on a Douglas County warrant for making terroristic threats.

Atlanta police confirm they arrested 42-year-old Ali Amin Carter Wednesday on an American Airlines jet at Hartsfield-Jackson Atlanta International Airport. Carter previously worked for Dickens when he was a member of the Atlanta City Council, a city spokesperson said.

Carter's ex-wife told police he threatened to harm her boyfriend for disciplining their child.

According to the Villa Rica Police Department, Carter made threats to shoot his wife's boyfriend during a phone call. Carter allegedly said he will use his AR-15 if the boyfriend touches his child again. The phone call was recorded, police said. 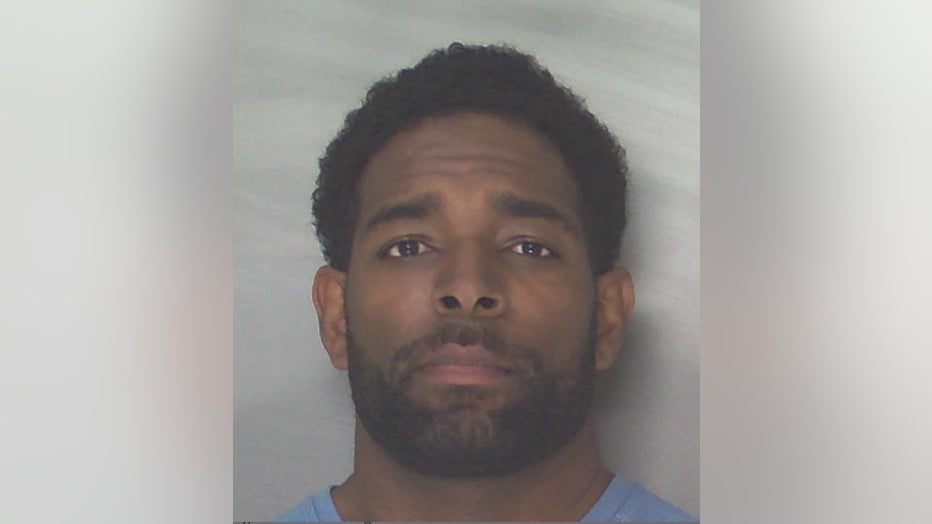 Carter was booked into the Douglas County Jail on Dec. 30 and has since bonded out.

A spokesperson for the City of Atlanta said, "The incident in question is based on a warrant from Douglas County and Mayor Dickens has been made aware of the alleged incident. While Mr. Carter previously worked for Councilmember Dickens, he is not part of the Mayor’s administration and is no longer an employee of the City of Atlanta."

The Atlanta Police Department released this video showing the arrest of Ali Carter, who the city of Atlanta confirmed worked for Andre Dickens prior to his being sworn in as mayor. Carter was taken into custody at the Atlanta airport on an outstanding warrant in Douglas County.

Officer: "OK, well you still have a warrant for your arrest. What are we supposed to do?"

Carter denied ever making threats when he was arrested.