GENEVA - The families of George Floyd and Breonna Taylor are asking the United Nations Human Rights Council to investigate the United States for matters of police brutality and the repression of protests.

Along with the ACLU, more than 600 rights groups like Black Lives Matter and the NAACP have joined the families in their pursuit of an investigation.

“Mamie Till Mobley made a decision to open the casket of her son Emmett Till so the world could see the atrocities Black people faced in America. I want people across the world and the leaders in the United Nations to see the video of my brother George Floyd, to listen to his cry for help, and I want them to answer his cry,” said Philonise Floyd, brother of George Floyd. 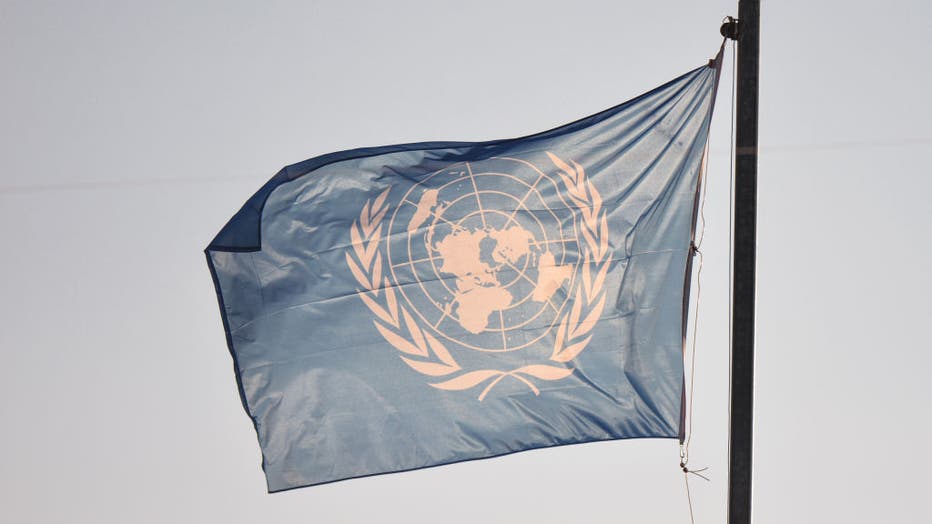 Flag of the United Nations seen at the entrance to the UN West bank field office in Jerusalem. On Monday, February 24, 2020, in Jerusalem, Israel. (Photo by Artur Widak/NurPhoto via Getty Images)

On May 25, George Floyd died while in the custody of Minneapolis police. Video captured officer Derek Chauvin kneeling on his neck for nearly nine minutes, despite Floyd’s pleas for air.

Chauvin and three other officers were fired and charged in Floyd’s death.“I appeal to the United Nations to help him. Help me. Help us. Help Black men and women in America,” Philonise Floyd said.

Floyd’s and Taylor’s families are joined by the families of Michael Brown and Philando Castile, two other individuals whose custody deaths were high-profile.

Taylor died in March when Louisville police opened fire during the execution of a “no-knock warrant.“ Taylor, who had been sleeping in bed, was struck eight times by gunfire.

Once the video of Floyd’s death spread online, protests erupted from coast to coast in the United States, and even in more than a dozen other countries.

Some agencies have arrested protesters and even the journalists covering them in spite of reportedly peaceful environments.

During June 1 protests in front of St. John’s Church, which is just across the park from the White House, law enforcement fired tear gas and rubber bullets at peaceful demonstrators in an effort to clear the area for a photo op by President Donald Trump.