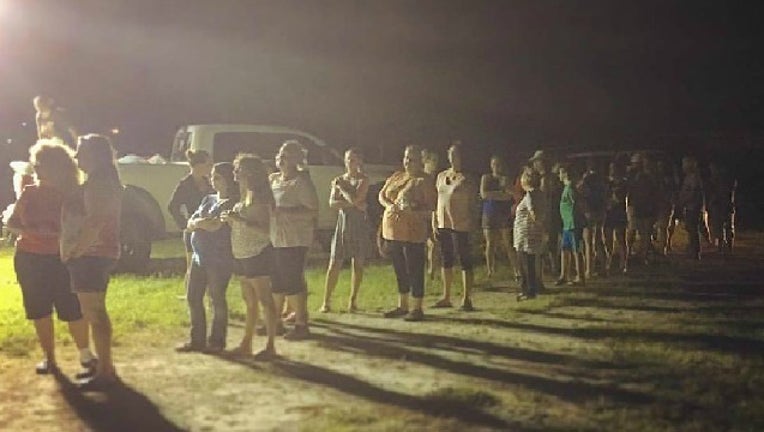 A Florida woman's Facebook post has gone viral after dozens came together to help all of the linemen who have been working hard to restore power after Irma.

Kouskos said one lineman asked her why so many women were standing in line and when she told him he had a look of "sheer disbelief."

"You gotta be kidding me," he told her.

Koukos described it as a great night, using the hashtag #FloridaStrong.

Florida officials are still tallying the damage left behind by Hurricane Irma. Federal Emergency Management Agency Administrator Brock Long said that good progress is being made in getting people back into their homes or into a temporary housing such as apartments or hotels. About 4,000 people remain in emergency shelters, and 675,000 accounts - both residential and commercial - are still without power.

Federal officials are focused on restoring electrical power and getting gasoline into areas suffering fuel shortages. Long said the lack of electricity has affected supplies because many gas stations have not been retrofitted to run their pumps on generator power.

Energy Secretary Rick Perry said the severe damage from Irma's winds will require parts of the power grid to effectively be rebuilt.

Perry said 60,000 utility workers from the U.S. and Canada are working to get power back on.

More than a million people were also left without power in Georgia after Irma rolled through last Monday.