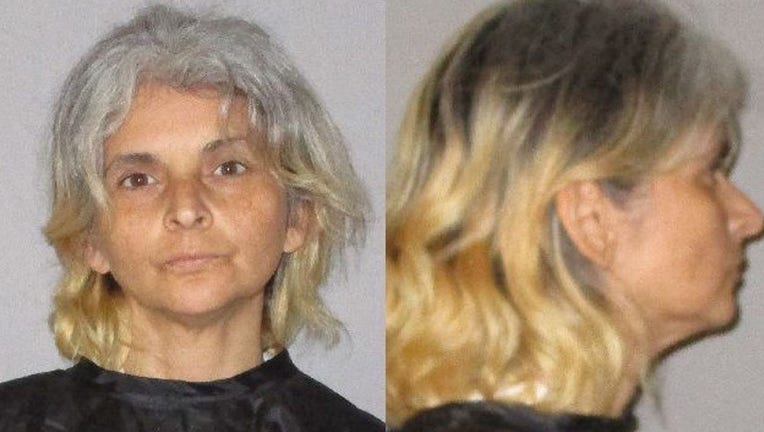 On Wednesday, Flagler County deputies said they received calls about a woman placing more of the plastic eggs into mailboxes on Hernandez Avenue and had identified the suspect's vehicle, a 2004 silver Honda Civic. Officials said the eggs contained pornographic images, non-threatening references to nearby churches and county buildings, and other items.

By 11:19 p.m., deputies located the vehicle heading north on Belle Terre Parkway, and made a traffic stop at the Whiteview Parkway intersection. Inside the Civic was 42-year-old Abril Cestoni.

Detectives said Cestoni admitted to placing the items in the mailbox, saying she was "educating people." A bag of pornographic material was found inside the vehicle, officials added.

She also said she distributed over 400 pamphlets within the past few days throughout Flagler County. Deputies said she displayed no symptoms of COVID-19.

“Our team did a great job in tracking this deranged offender down and taking her into custody,” Sheriff Rick Staly said. “Thankfully she did not appear to be sick with COVID-19 symptoms, but she certainly needs some help. This again proves that ‘see something, say something’ works and we thank the community for being part of our guardianship policing philosophy.”

According to First Coast News, she said she worked for Publix.

Cestoni faces several charges of distributing obscene material and for driving with a suspended license.