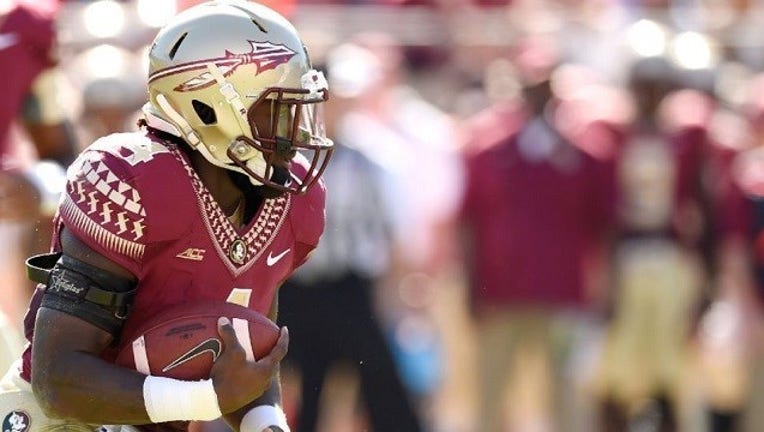 TALLAHASSEE, Fla. (AP) - Florida State indefinitely suspended leading running back Dalvin Cook after he was charged Friday with punching a woman outside a downtown bar.

The incident happened June 23 after the popular bar closed at 2 a.m. State Attorney Willie Meggs interviewed the alleged victim and Cook before issuing the arrest warrant on a misdemeanor battery charge. Police are giving Cook the option of turning himself in.

Cook led Florida State last year with 1,008 rushing yards as a freshman. He was also second on the team with eight touchdowns.

It's the second time in two weeks that an FSU player has been charged with punching a woman. Freshman quarterback De'Andre Johnson was caught on a surveillance video punching a woman at another bar near campus. He was kicked off the team.

Johnson, however, had yet to play a game for Florida State, while Cook is expected to be a key to the team's offense this year.

A number for Cook was not immediately available, and it was unclear if he has a lawyer. The alleged victim didn't immediately return a call seeking comment, and the school said it would not discuss the matter further.