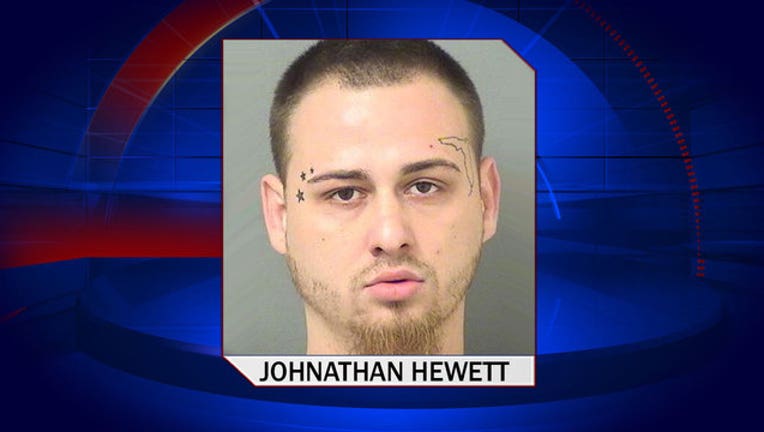 WEST PALM BEACH, Fla. (AP) - A Florida man with a tattoo of Florida on his face is facing burglary charges.

The Palm Beach Post reported Wednesday that 25-year-old Johnathan Hewett is jailed without bond. He has a map of Florida tattooed on his left forehead and temple.

The homeowner identified him as the friend of a former roommate. Detectives say the video clearly shows Hewett's tattoo spelling "red rum" on his neck. That's "murder" spelled backward.

He was released from prison last August after serving eight months for being a felon in possession of a gun.