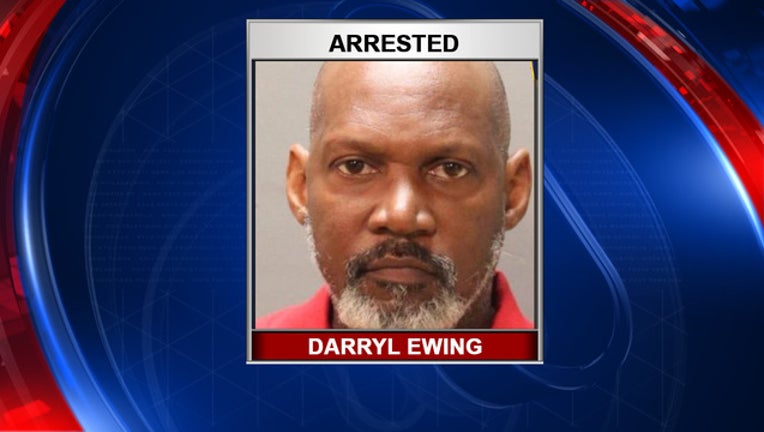 JACKSONVILLE, Fla. (FOX 13) - The co-owner of a Florida daycare was arrested in the death of an infant who was left in a van for hours.

On Wednesday, deputies with the Jacksonville Sheriff’s Office responded to Ewing’s Love & Hope Preschool & Academy and discovered a 4-month-old baby girl left in the back of a van from 8 a.m. to 1 p.m.

According to preliminary evidence, 56-year-old Darryl Ewing picked up the victim and other children from their homes early Wednesday morning and brought them to the daycare. Officials said he was the driver of the van and there were no other daycare employees inside the van.

All the children -- but one -- were offloaded and taken inside the daycare, investigators said. The 4-month-old was still strapped in her car seat in the third row of the van, they added.

At 1:03 p.m., the victim’s mother called to make arrangements after school for her children, and it was discovered the baby was never checked in, deputies said. Daycare employees went to the van and found the victim remained inside, and they called emergency services. Paramedics attempted to resuscitate the infant, who was pronounced dead at Wolfson Children's Hospital.

Investigators said it was Ewing’s responsibility to document all the children placed into the van, However, the driver’s log showed he checked in two of the victim’s siblings, but not the infant, officials said.

“Interviews of other daycare center employees indicated it is the van driver’s responsibility to check and make sure children are offloaded from the van at the daycare center,” according to a Jacksonville Sheriff’s Office statement. “It was determined the suspect’s actions (and lack thereof) failed to provide the victim with the necessary supervision and provide services to protect the victim’s physical health, all which was essential to the victim’s well-being and contributed to the death of the victim.”

Ewing was taken to the police station to be interviewed, but detectives said he refused to talk. He was arrested on a child neglect charge.

JSO Assistant Chief of Major Crimes Brian Kee told FOX 30 the child's death appears to be heat related. The daycare had 14 children in its care; no other children were injured.