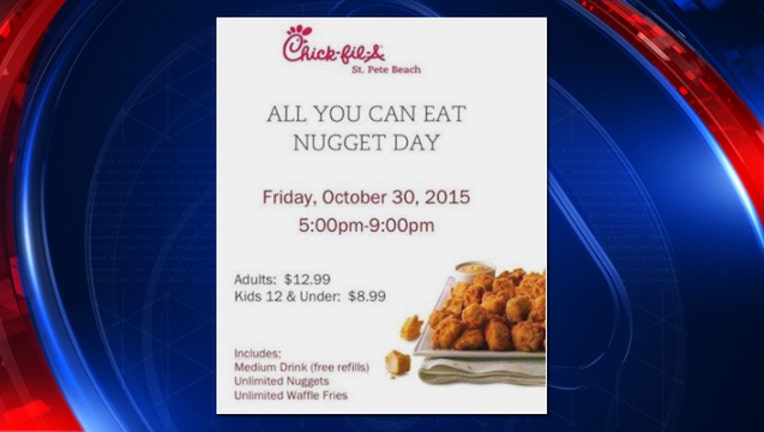 Chick-fil-A foodies across the country had broken hearts on Tuesday when they found out the sweetest deal, possibly ever, was only available at a Florida location!

A Florida Chick-fil-A got more than they bargained for after they announced an incredible deal.

The St. Pete Beach Chick-fil-A Facebook page shared a post stating for just $12.99 on Tuesday, you could purchase all-you-can-eat chicken nuggets and waffle fries. Kids under the age of 12 for just $8.99

A deal that’s too good to be true and a bummer for us folks in Georgia, because it’s only available at the St. Pete Beach location.

Many people who shared the post with family and friends assumed it was a worldwide event (again, we’re still bummed about that).

Though the post no longer exists, the St. Pete Beach Chick-fil-A restaurant is still planning to honor the offer only at their location.