FOX 5 Atlanta has the names of the three people killed in a Hall County plane crash on Friday.

Hall County law enforcement said 44-year-old Dan Delnoce of Gainesville, 45-year-old Courtney Flanders of Gainesville and 39-year-old Matthew Delnoce of Ohio all died in the incident. The relation of the victims is unclear.

The Hall County Sheriff’s Office is continuing to investigate. A spokesperson said bodies have been transported to the Georgia Bureau of Investigation Crime Lab for an autopsy. Authorities will provide more information following an autopsy.

The Federal Aviation Administration and the National Transportation Safety Board are investigating other aspects of the crash.

Part of a wing fell into a mobile home, first responders said. No one on the ground was hurt but all three occupants in the plane died.

Investigators are still working to learn what caused the crash.

ORIGINAL STORY: Three people are dead after a single-engine plane headed to Daytona Beach crashed shortly after takeoff near Gainesville in north Georgia early Friday evening. Debris from that crash forced at least one family to evacuate their home.

The FAA said a Cessna 182 crashed into a wooded ravine just north of the intersection of Memorial Park Drive and Atlanta Highway shortly before 6:15 p.m. Hall County firefighters said there is a wide field of debris and damage along Memorial Park Drive can be seen starting at Titshaw Drive.

Officials said the pilot was attempting to turn the plane around and head back to the airport when the crash occurred. 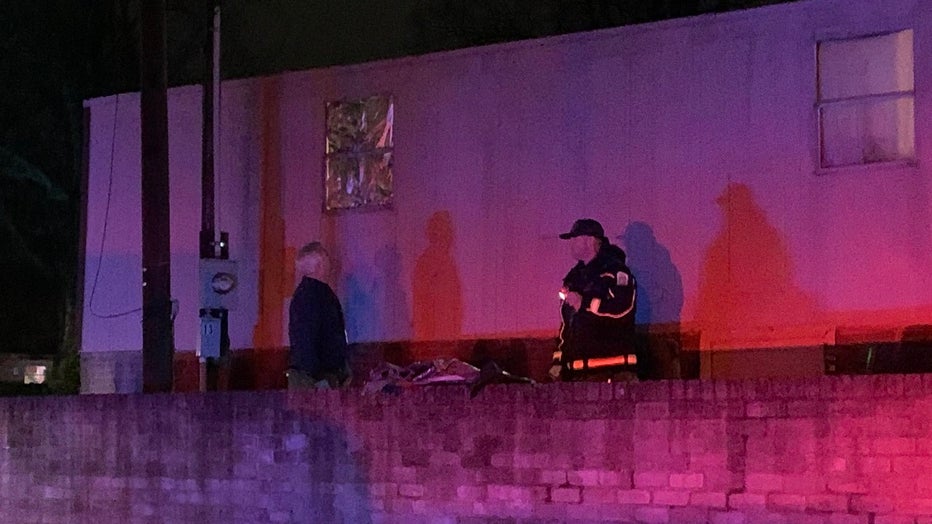 Debris from a plane that crashed shortly after taking off in Gainesville, Georgia forces a family from their home on Feb. 26, 2021. (FOX 5)

"The plane did leave from Gainesville and we confirmed they were en route to Daytona Beach. And speculation at this point, but [the pilot] turned around for some reason and tried, apparently, to get back to the airport," said Gainesville Fire Department Division Chief Keith Smith

Firefighters confirmed all three adults aboard were killed. Their names have not been released. Their bodies have been turned over to the Hall County Coroner’s Office.

"It was just crazy. I was like 'Did I just see that? Did that actually happen?'" said Umer Khan, who watch the plane as it went down.

The crash happened less than a mile from the end of the runway at Lee Gilmer Memorial Airport. 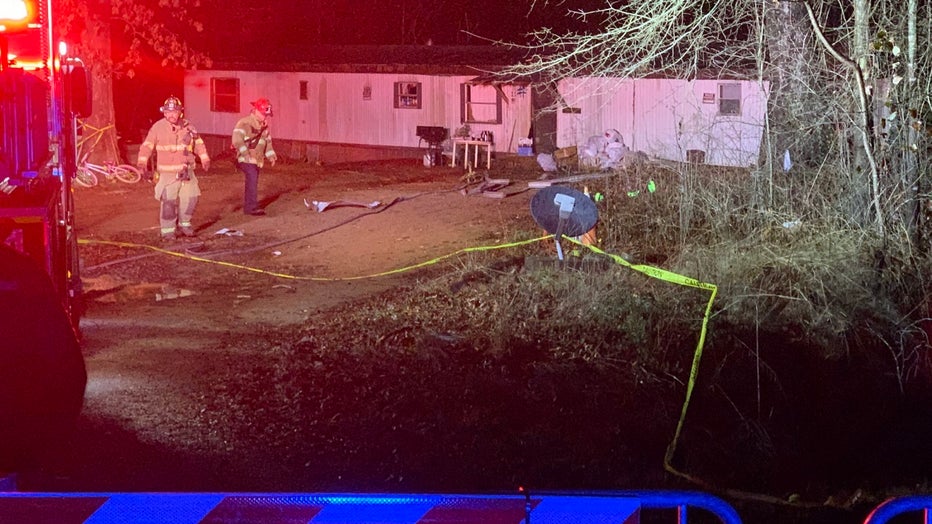 Debris from a plane that crashed shortly after taking off in Gainesville, Georgia forces a family from their home on Feb. 26, 2021. (FOX 5)

"And I hear this like loud, I can hear, it's like a plane, I know, and I hear it's a loud noise coming this way and I look and the plane's like really low and it's like flying right above the trees. And then I see it hit the trees right there. And then when it hit the trees, I didn't see it go any further, so I just assume it fell down right there," Khan said.

Nearby a family had just sat down to dinner when the wing of the plane landed on their mobile home. The four adults and one child inside the home were uninjured but were forced out due to the extensive damage. The Red Cross was assisting those residents. 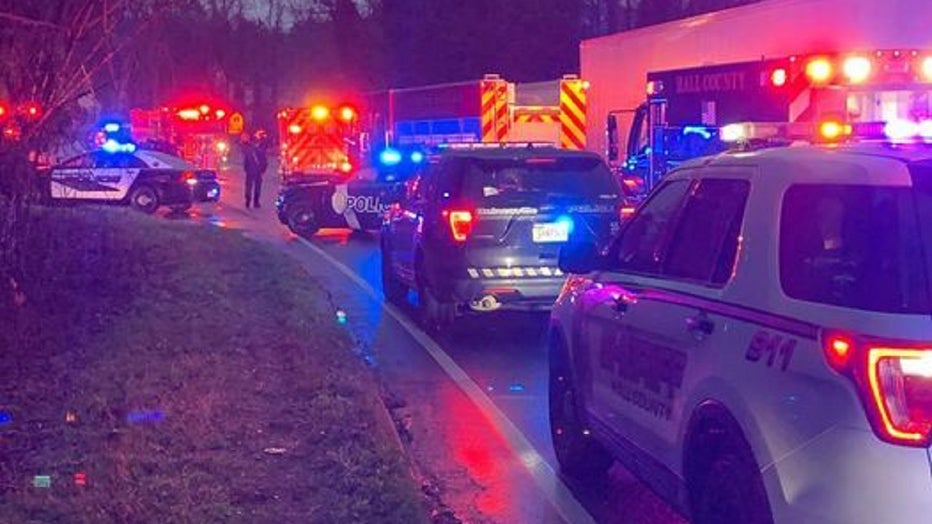