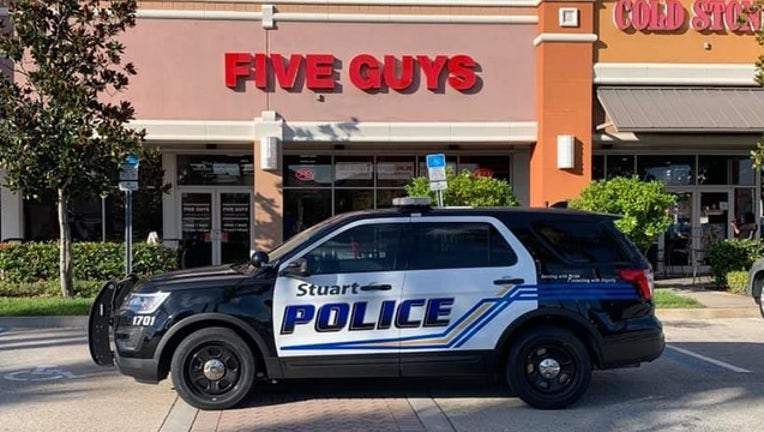 STUART, Fla. (FOX 35 ORLANDO) - Five guys were arrested after getting into a fight at a Florida 'Five Guys Burgers and Fries' restaurant.

According to the Stuart Police Department, five guys were involved at a fight inside of Five Guys Burgers and Fries on Wednesday.

All five of the people, three juvenile males and two adult males, were charged and processed at the Martin County Jail.

Police said that the cause of the fight is unknown.