SANTA PAULA, Calif. - Firefighters in Ventura County were close to reaching full containment on a fire that sparked just south of Santa Paula.

The Maria Fire has scorched 9,999 acres, a number determined by better mapping, and is 90% contained. Officials warned those in the area may continue to experience poor air quality. 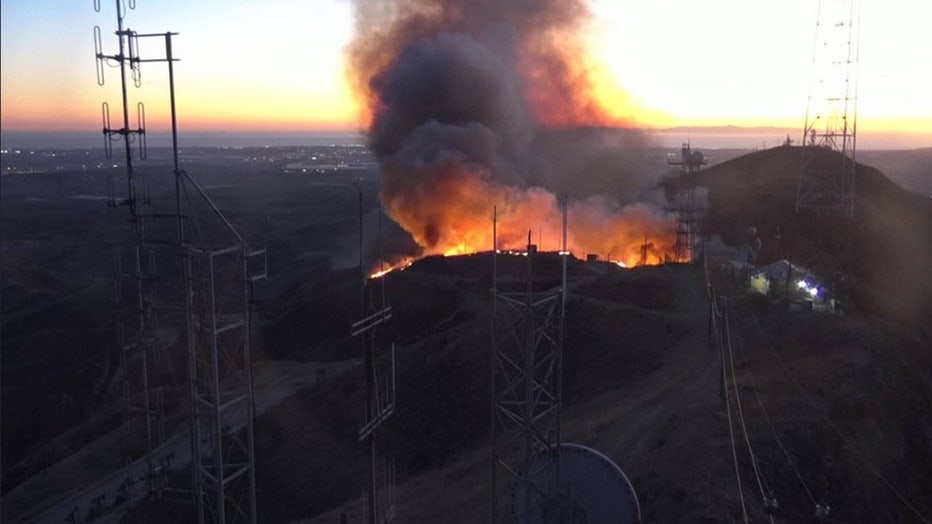 All evacuation orders were lifted by 2 p.m. Saturday, November 2

• Small animals can also be taken to the Ojai Humane Society located at 402 Bryant Street in Ojai.

• Large animals can be taken to Ventura County Fairgrounds located at 10 W. Harbor Boulevard in the City of Ventura.

The following schools were closed Monday for ash cleanup:

• ATLAS Academy of Technology and Leadership at Saticoy

There are no road closures at this time 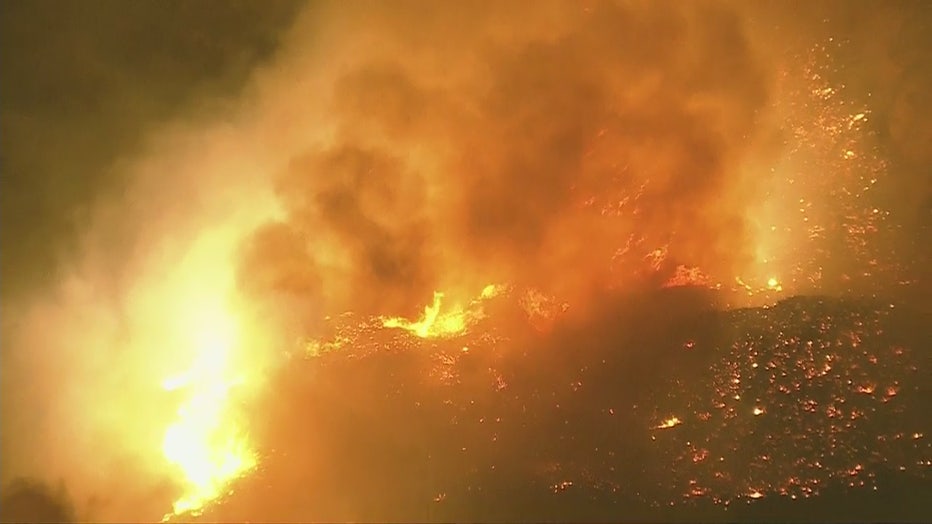 The fire broke out at about 6:15 p.m. Thursday night. An estimated 8,000 residents were under evacuation orders in Santa Paula and Somis. In addition, over 2,500 structures are threatened, Ventura County officials said in a press conference on Friday afternoon.

At least one structure was captured by SkyFOX burning; according to fire officials three structures have been destroyed. Crews were in place for structure protection as fire helicopters made continuous water drops on the flames.

The fire struck on the tail end of a powerful Santa Ana wind and continued to fight the blaze from the upper ridge of South Mountain and north of Somis.

About 500 firefighters were battling the Maria Fire from the ground and the air. Additional crews were requested, which included two strike teams from the Los Angeles Fire Department comprised of five engines and a battalion chief each.

Firefighters worked to contain the fire within the evacuation boundaries.

Southern California Edison says it began to re-energize a 16,000-thousand-volt circuit about 13 minutes before the first flames broke out, however, SCE maintains that it has no information about the actual cause of the fire.

The cause of the Maria Fire remains under investigation.

For updated information on the Maria Fire, go to http://www.vcemergency.com.

WATCH: Officials provide an update on The Maria Fire

WATCH: SkyFOX over the Maria Fire

This is a developing story. Check back for updated information.