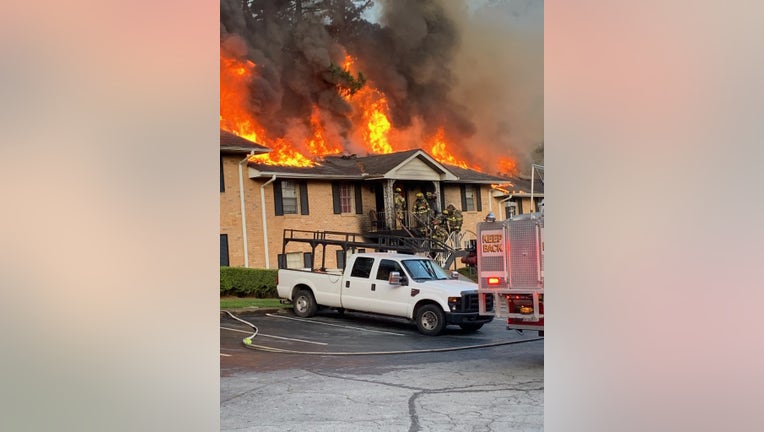 Two adults were treated for smoke exposure after firefighter say a fire broke out on April 28, 2020 at the Rockbridge Court Apartments. (Gwinnett County Fire and Emergency Services)

It happened at the Rockbridge Court apartments off Jimmy Carter Blvd. Gwinnett County firefighters said the fire destroyed about a half dozen units and at least an additional six more had smoke and water damage. Fire crews said the fire had broken through the roof when they arrived at the scene.

Emergency workers said they treated two people for smoke inhalation, one which required transport to an area hospital.

The Red Cross said it is helping those displaced by the fire find temporary lodging, food, clothing, health services, emotional support, and other essentials.

Fire investigators said they believe the fire may have started in one of the kitchens but have not determined the exact cause.