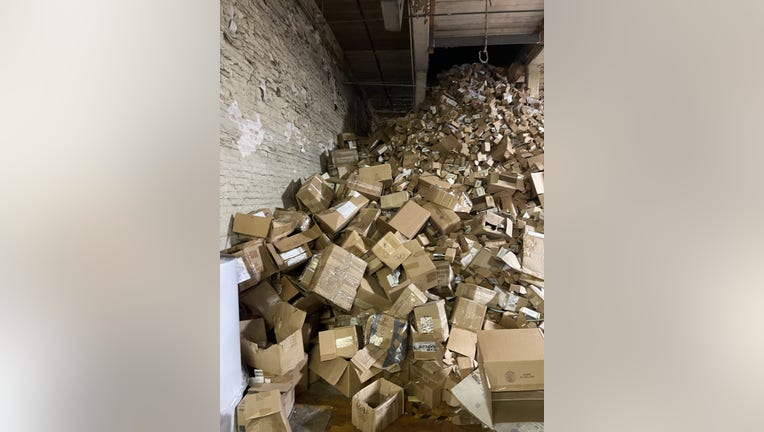 The FOX 5 I-Team has investigated allegations of worker safety issues at the plant construction site itself, a key cog in the area’s economy.

In August, when labor organizers carried hidden cameras into the old Harmony Grove textile mill, their mission was to check out a tip that illegal workers were secretly helping build some of the ductwork for the SK Battery plant down the road.

In this case, the Commerce fire chief says it’s the landlord — not the contractors — who is at fault for allowing a "serious fire hazard."

But why did it take so long for someone in government to do something? 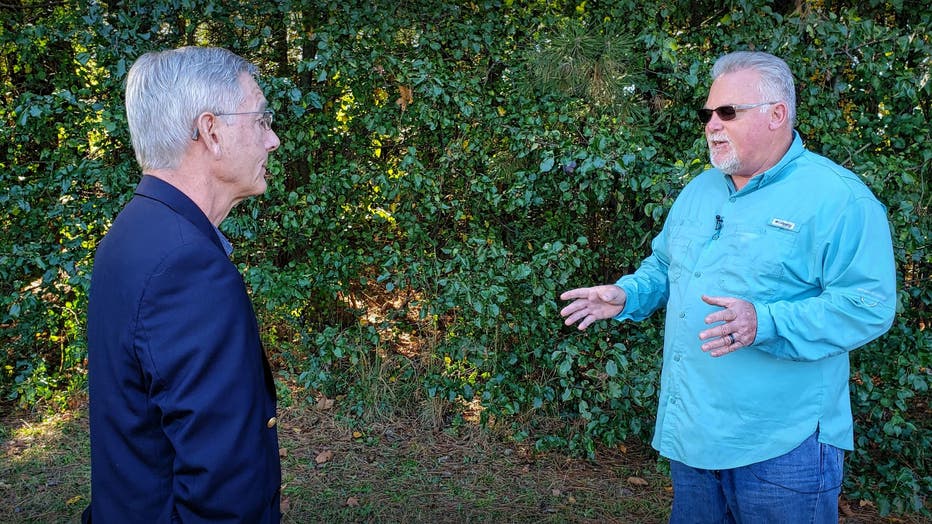 David Cagle and his team took hidden cameras to an SK contractor job site in an attempt to expose illegal workers. Instead, they discovered a much different problem.

In August, when labor organizers carried hidden cameras into the old Harmony Grove textile mill, their mission was to check out a tip that illegal workers were secretly helping build some of the ductwork for the SK Battery plant down the road.

But as they wandered through the century-old once-abandoned mill near downtown Commerce, they spotted something that demanded immediate action.

A mountain of cardboard boxes, from the 18-foot ceiling all the way down to the mill’s heart pine wood floors.

"I was in shock," admitted David Cagle of the Plumbers, Pipefitters and Service Technicians Local 72. 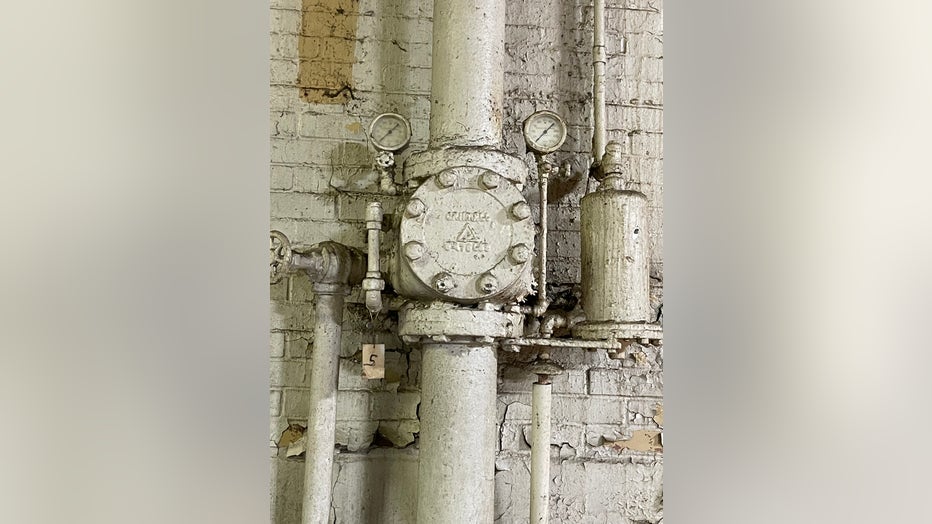 No water pressure in piping for the mill's fire sprinkler system. (Photo by David Cagle)

He immediately contacted the state fire marshal’s office and forwarded pictures of the cardboard.

But two months later, when he could get no update, Cagle and his crew returned to the mill again with hidden cameras. And they could not believe what they saw inside.

Then Cagle took another look at that pile of cardboard. It was still there.

"It looks more to me," Cagle said. "I see no change. We saw enough to know this ain’t right."

So why were the problems still there? The FOX 5 I-Team contacted Commerce fire chief Kevin Dean. He said two days earlier, he visited the mill. 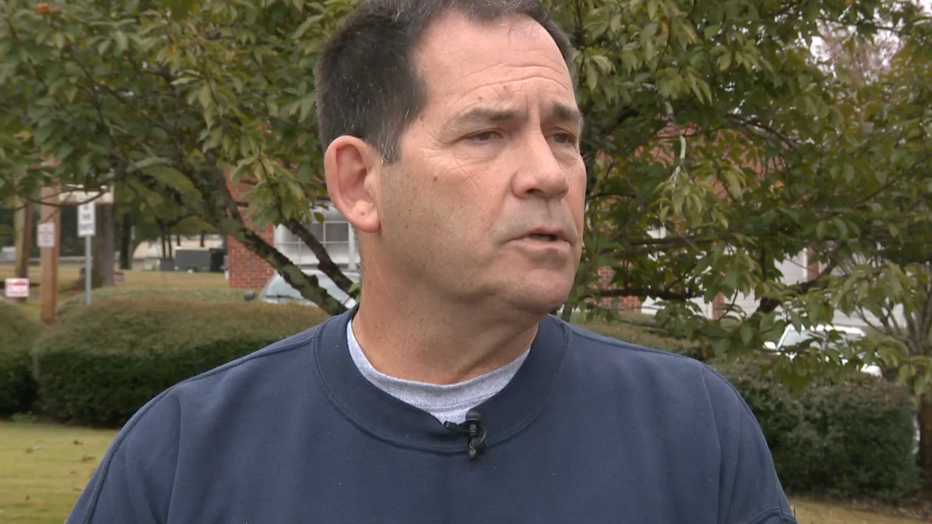 "It’s very troubling," Dean agreed. "It’s a fire hazard and the mill itself is heavy timber construction so the whole thing is wood. If those cardboard boxes were to start on fire, then it would get into the rest of the building and we’d have a very large fire."

Dean works part-time for the all-volunteer department while also holding a full-time job with Hall County Fire. Two weeks earlier, he says he got an email from the state fire marshal to investigate.

But that was six weeks after Cagle first brought it to the state’s attention.

He believes SK’s importance to the region’s economy affected the response to his tip. 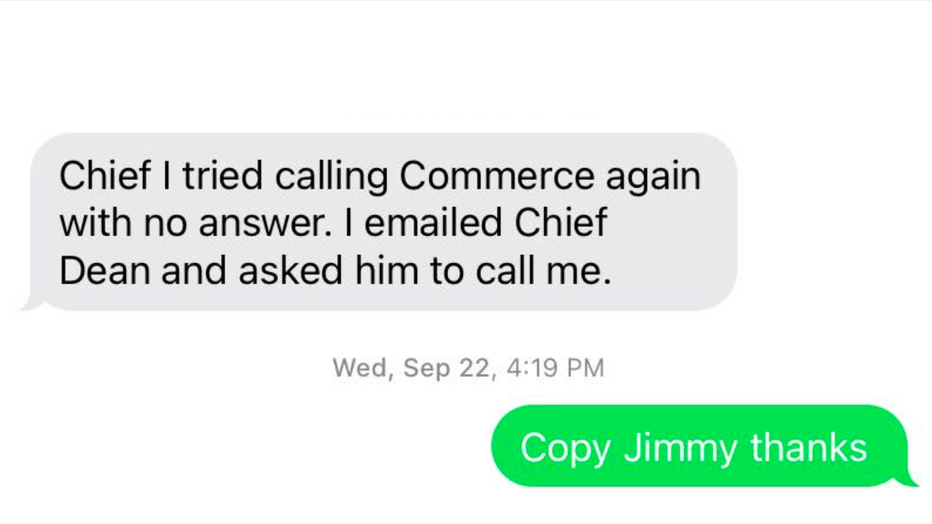 Emails and text messages show the difficulty the state fire marshal's office had in reaching someone in Commerce about the fire hazard complaint.

The FOX 5 I-Team obtained emails showing the state tried to reach the Commerce fire department in August, shortly after receiving pictures of the fire hazard. But because the department is all-volunteer, they had a hard time getting in touch with anyone.

"Whether politics are involved, I couldn’t comment on that," said Dean.

He said his people inspected the mill as soon as they could. Yet he understands why some might find the delay suspicious. 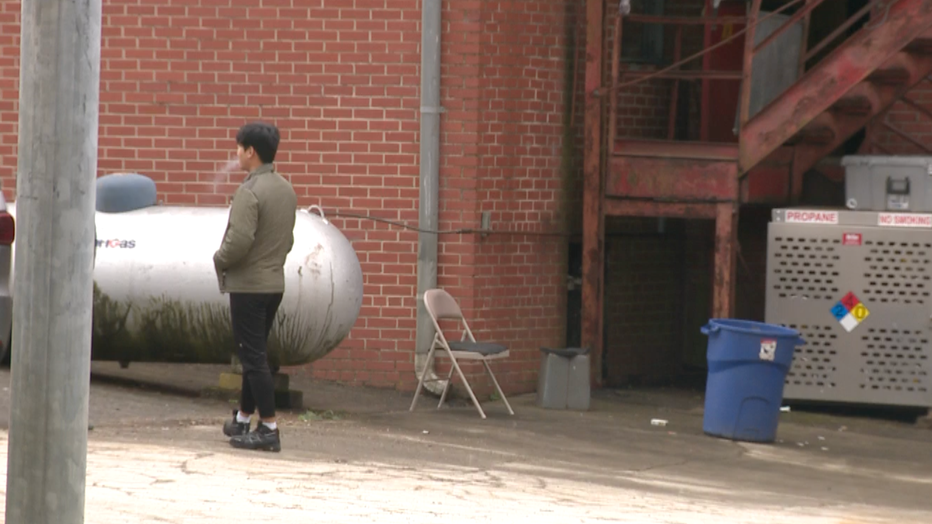 Workers smoking near propane tanks outside the old Commerce mill.

It took only one visit for us to see trouble. Outside the mill we spotted two workers smoking, standing next to a propane tank and a sign in English warning them not to do exactly that.

This week the city of Commerce sent a letter to mill owner Robert Grizzle warning him to correct various fire code violations immediately.

Grizzle told us he’s already on it.

"I’m just a guy trying to make a living," Grizzle said, downplaying some of the fire danger. "We have a no smoking policy inside the building."

He said he padlocked some of the doors to prevent burglaries, but he is willing to unlock the ones the city recommends. 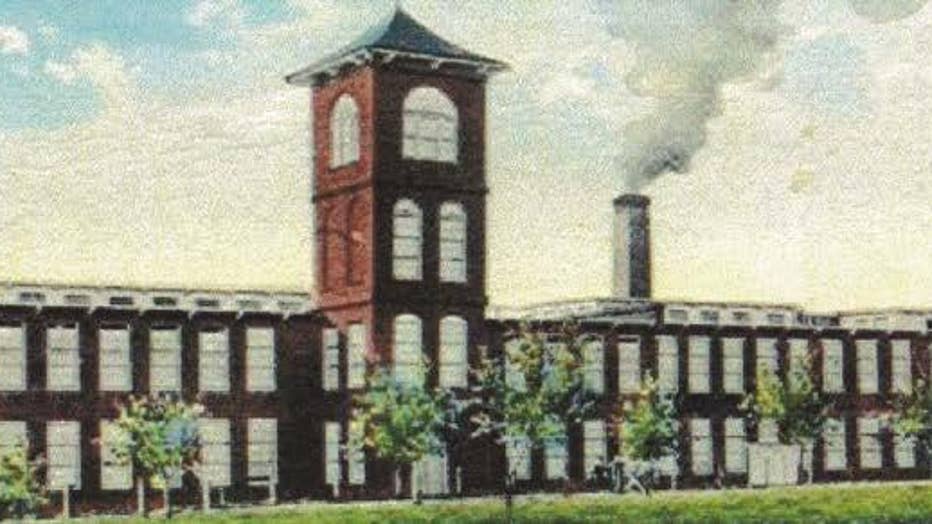 Harmony Grove Mill opened in 1893. It once manufactured lining for soldiers' boots. It closed in 2006 and now serves as warehouse space for various tenants.

He said the cardboard boxes come from another tenant not connected with the SK construction. Grizzle said the pile accumulated because he’s been trying to find a willing recycling place.

"I’m not a treehugger," he said. "But I don’t believe we should throw all that away."

The next day, a neighbor sent us pictures showing cardboard now in dumpsters outside the mill.

What started out as an investigation into one issue turned into a rescue mission for the very workers under suspicion.

"They don’t know what to do," Cagle said. "They don’t speak English. It’s a dangerous situation. Them being here illegal, if that’s what they are, that’s one issue. But getting caught in a fire and dying like that, nobody deserves that."