Fire destroys home and damages two others in Milton

Flames completely gutted a home and spread to other homes on Avensong Village Circle overnight in Milton. The cause is still under investigation.

MILTON, Ga. - A fire completely gutted one home and damaged two others in a Milton neighborhood early Friday morning.

Officials tell FOX 5 that they were called to the scene on the 3500 block of Avensong Village Circle shortly before 3 a.m. Friday after reports of a blaze from a neighbor.

At the scene, crews found the two-story vacant home fully engulfed in fire. The flames had also spread to the two adjacent homes as well.

The crews went on the defensive and were able to quickly get the fire under control.

Thankfully, none of the residents or firefighters were injured in the fire. 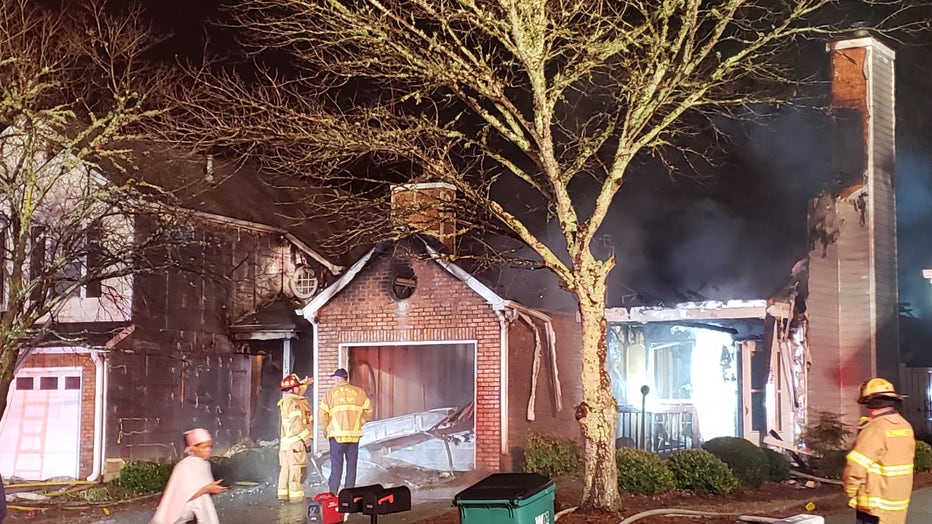