COWETA COUNTY, Ga. - A Heard County mother is under arrest and charged with a felony after Coweta County investigators said security cameras showed her stealing a money clip left behind on a convenience store counter. 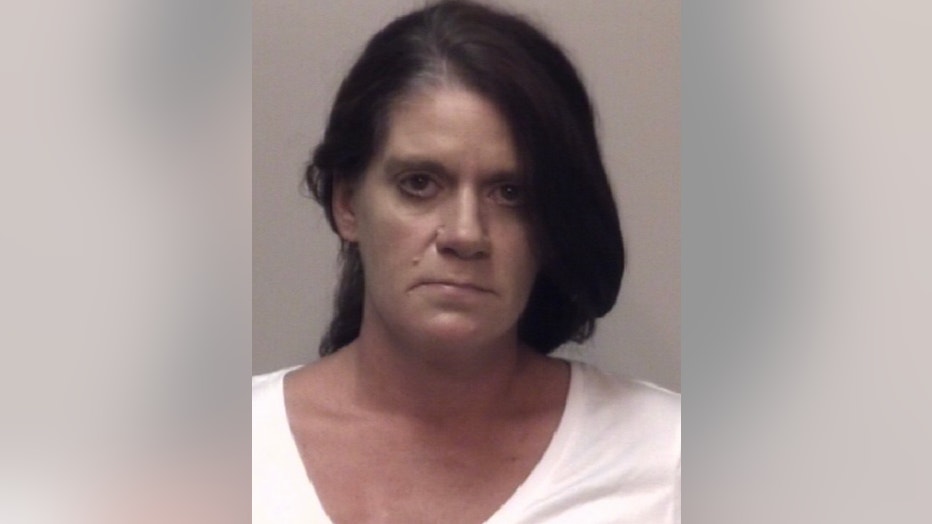 Woman charged with taking $1,500 from a convenience store counter that had been left by a customer, according to investigators. (CCSO)

Investigators posted the woman’s photo taken from a store camera to social media, as well as the story behind the unusual crime she is accused of. Within days she was under arrest, but unfortunately, the victim was out $1,500. 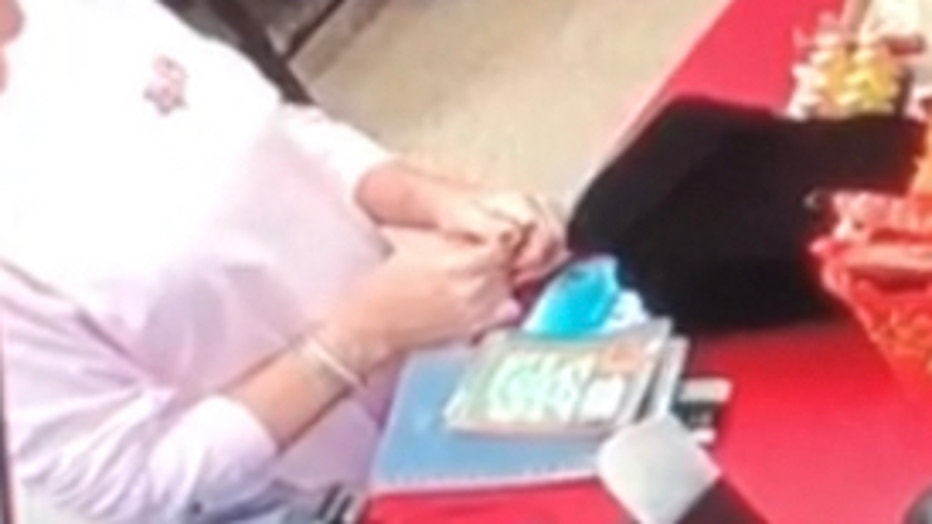 Deputies said this surveillance photo showed Demarsh placing her own items over the money clip before she takes it and walked out of the store.

According to investigators, the surveillance video from Nifty Foods in Moreland showed the victim buying scratch-off lottery tickets. He laid a money clip on the counter and walked off, leaving behind $1,500.  And although the clip and cash were on the counter for approximately seven minutes without anyone else touching it, investigators said it caught the eye of 45-year-old Staci Demarsh of Franklin.

Investigators said the video shows Demarsh leave with her purchases but later return to the store and stand at the counter with the money clip. They said she placed a notebook and scratch-off lottery ticket over money clip, then they said she took everything off the counter, including the $1,500.

An anonymous tipster identified Demarsh and deputies arrested and charged her with a felony count of theft of mislaid property. They said there is no such thing as finders keepers.

Investigators said they recovered the Louis Vuitton money clip but not the $1,500. Investigators said when they arrested Demarsh she said she had taken the money by mistake when she removed her own items from the counter. They said she claimed she realized later she had the cash and so threw it all away.