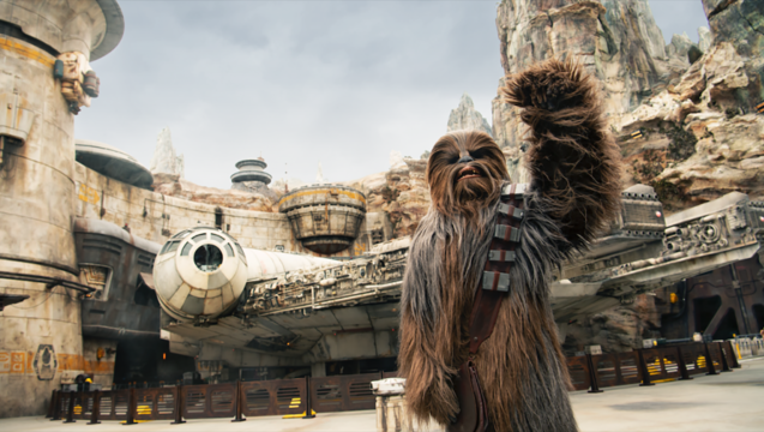 LAKE BUENA VISTA, Fla. (FOX 13) - Get excited, Star Wars fans: before the newest land even welcomes its first guests in Florida, Disney has announced the final ride will be open before the end of the year.

The upcoming land, called Star Wars: Galaxy's Edge, is set to open August 29 at Disney's Hollywood Studios. However, it'll open with just one of its two rides in operation -- Millennium Falcon: Smugglers Run.

Thankfully, fans won't have long to wait for the next ride to debut. Star Wars: Rise of the Resistance is set to open December 5, Disney says.

The ride will put visitors in the middle of a climactic battle between the First Order and the Resistance.

"Guests will be recruited to join Rey and General Organa at a secret base. Along the way, they will be captured by a First Order Star Destroyer," Disney said on its blog. "With the help of some heroes of the Resistance, they break out and must escape the Star Destroyer, protect the secret base, and stay one step ahead of Kylo Ren."

Although Star Wars: Galaxy's Edge opened at Disneyland in California several months prior to Florida's land, Walt Disney World visitors will be able to experience "Rise of the Resistance" before those on the west coast.

Once work is completed at Walt Disney World, the resort said its Imagineers will go back to California to complete their version of the ride. "Rise of the Resistance" is slated to open there Jan. 17.