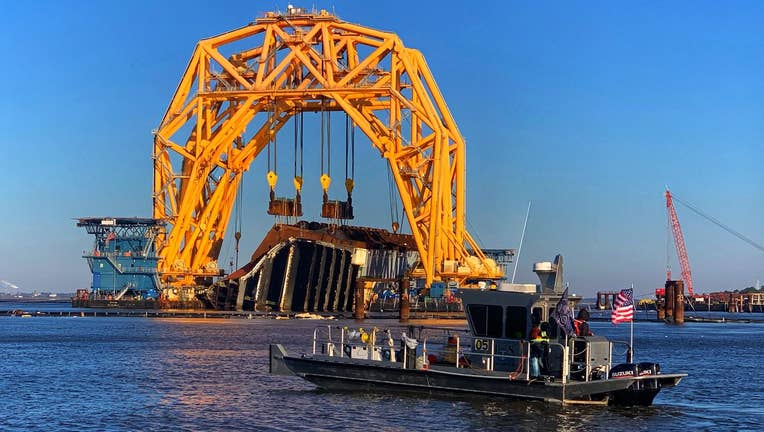 SAVANNAH, Ga. - The final chunk of a cargo ship that capsized two years ago along the Georgia coast is awaiting removal from the water.

Salvage crews have worked since November to cut the South Korean freighter Golden Ray into eight giant chunks and remove them one at a time from waters off St. Simons Island. The ship overturned with 4,200 cars in its cargo decks after departing the Port of Brunswick on Sept. 8, 2019.

The multiagency command overseeing the demolition said in a news release Monday that the seventh segment of the ship was loaded onto a barge over the weekend and moved to a local dock. That leaves just one last section of the partially submerged shipwreck in the water.

Plenty of work remains even after the big chunks have all been removed from St. Simons Sound. Some of the big segments are having to be broken down further locally before they can be transported by barge to a scrapyard in Louisiana.

Meanwhile, crews will need to recover cars and other debris that fell into the water as the Golden Ray was being carved into giant pieces by a towering crane that used anchor chain to tear through the wreck like a dull saw.