Family members of the six people killed in a fiery crash in Gwinnett County say they don't blame the driver for the crash, but according to a newly-filed lawsuit, the van should have never been on the road in the first place.

GWINNETT COUNTY, Ga. - Family members of women in a sober living group home who were killed and injured in a fiery van crash last year are suing a car company and the group home, saying the 2002 Dodge Ram was prone to tipping over and was not properly maintained.

"I pray because I still cry every day. I’m not through it," Tamika Gooden said.

"She was more than a recovering addict. So much more and that’s my main purpose is to keep her legacy alive and to honor her in death as I would in life," Michal Taylor said.

For Tamika Gooden and Michael Taylor on April 2021 changed their lives forever.

Their loved ones were two of the sixteen ladies onboard a passenger van.

Family members of women in a sober living group home who were killed and injured in a fiery van crash last year have filed a lawsuit.

Just before the April crash, a vehicle ahead of the passenger van unexpectedly changed lanes on a Georgia interstate, police said at the time. The van then went out of control, rolled onto its side and slid across two lanes, bursting into flames and killing six women inside, police said in an accident report. Ten survivors of the crash were taken to hospitals.

Flames grew rapidly as bystanders tried to save the motorists from the burning van, witnesses recounted later.

Many of the victims were part of a sober living community called We Are Living Proof, a group named as one of the defendants in a half-dozen lawsuits. They were filed this week in Gwinnett County, where the wreck happened along Interstate 85 northeast of Atlanta. The organization referred calls Thursday to an Atlanta attorney who did not immediately return phone messages. 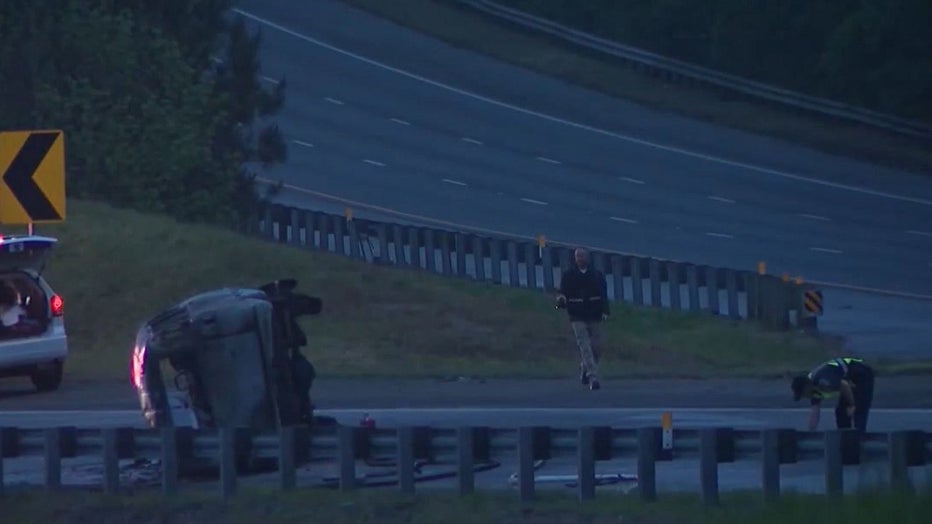 Gwinnett County police investigate a fiery crash that killed six people along I-85 near I-985 in April 2021. (FOX 5)

The lawsuits also name the Chrysler Group and its parent firm, Stellantis, alleging that the van was poorly designed and prone to roll over. Messages left with Stellantis’ media relations team were not immediately returned Thursday.

"This was a relatively minor tip-over," one of the lawyers for the plaintiffs, Alan Hamilton, said in a statement. "Everyone should have walked away. It’s a tragedy that due to the vehicle’s design, these women were trapped in a fiery inferno."

"The design of the van is the focus of the lawsuit. The van in question as manufactured was manufactured in 2002 and sold by Chrysler and Dodge that year," said Chris Glover of the Beasley Allen law firm, another plaintiffs’ attorney.

The van "was tragically unstable," according to lawyers.

"Prior to it being sold the national highway safety administration conducted a study on 15 passenger vans including the one done by dodge and found these vans are three more likely to roll over when they are filled with passengers," said Chris Glover

The lawsuits also allege that the design of the van’s steering system was faulty, and its fuel system allowed gas and gas vapors to ignite and burn the van’s occupants after the crash. 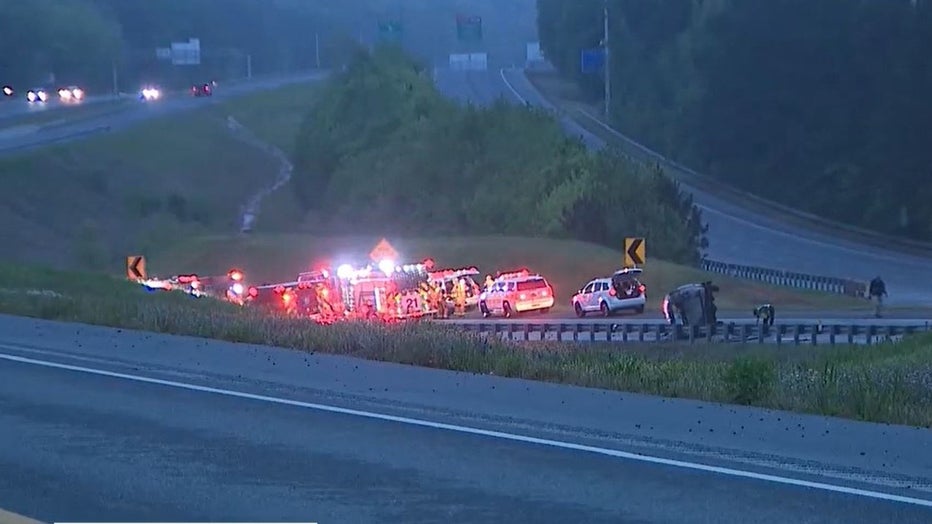 Gwinnett County police investigate a fiery crash that killed six people along I-85 near I-985 in April 2021. (FOX 5)

The driver of the van Is currently facing several charges including vehicular homicide, but lawyers hope those charges will be dropped.

"I just want people to remember my sister for who she was. She loved everybody. I still have people walk up to me and tell me how good of a person she was," Tamikak Gooden said.

"The ladies were labeled as recovering addicts and that was probably the most disheartening part for me because my mother was my mother. She was a teacher and someone who helped other people. I want her to be known for more than just a recovering addict," Michael Taylor said.