WASHINGTON - Each year the U.S. approves dozens of new uses for cancer drugs based on early signs that they can shrink or slow the spread of tumors.

But how often do those initial results translate into longer, healthier lives for patients?

That seemingly simple question is one of the thorniest debates in medicine. It spills into public view Tuesday as the Food and Drug Administration convenes the first meeting in a decade to consider clawing back approvals from several cancer drugs that have failed to show they extend or improve life.

The agency says it has used innovative research shortcuts to speed up the availability of medicines for desperately ill patients. But many researchers say it has failed to crack down on medications that don’t deliver on their early promise, leaving a glut of expensive, unproven cancer drugs on the market.

"Doctors are using these drugs and patients are receiving them with all their toxicities and without knowing whether they actually doing anything," said Dr. Ezekiel Emanuel, a cancer specialist and bioethicist at the University of Pennsylvania. "We should not be in a situation where we’re endlessly uncertain." 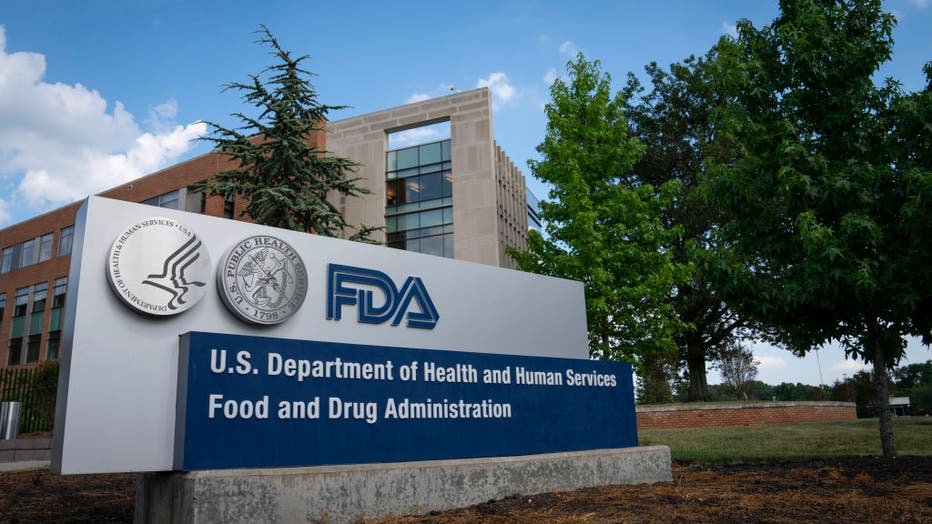 FILE - A sign for the Food And Drug Administration is seen outside of the headquarters on July 20, 2020 in White Oak, Maryland. (Photo by Sarah Silbiger/Getty Images)

The three-day meeting on drugs from Merck, Roche and Bristol-Myers Squibb is part of an industrywide review triggered by an "unprecedented level of drug development" in recent years, according to FDA officials. The agency has only held similar meetings three times in its history, the last one in 2011.

The U.S. spends more per person on prescription drugs than any other nation, and spending on cancer drugs has more than doubled since 2013 to over $60 billion annually, according to the data firm IQVIA. New medications typically cost $90,000 to $300,000 a year. And those prices have risen much faster than patient survival.

The FDA is prohibited from considering cost, but it is supposed to keep ineffective drugs off the market.

"This is finally a referendum, a small court, where we can ask whether we are better off for spending all this money," said Dr. Vinay Prasad, a cancer specialist at University of California, San Francisco and longtime critic of FDA's approach. "And for many of these drugs, the answer looks like ‘no.’"

The FDA will hear presentations from the drugmakers and seek advice from a panel of cancer experts. Agency leaders stated in a recent op-ed that the discussion is important because a failed study "does not necessarily mean that the drug is ineffective."

FDA makes the final decision on whether to pull approvals, but there are signs the agency may be ready for a tougher approach.

Earlier this month, a panel of experts at the FDA recommended Lynparza after a study found that pancreatic cancer patients who were treated with the drug could go nearly twice as long without their cancer worsening than those taking a placebo.

Since late last year, four drugmakers have "voluntarily" pulled approvals for several types of lung and bladder cancers after "consulting" with FDA. Each drug had failed to extend survival after initially winning FDA approval based on measures like tumor shrinkage.

The removal of four cancer approvals in quick succession is unprecedented. Several former FDA directors said at a recent conference that it showed the agency's so-called accelerated approval program is "healthy."

But the sheer rarity of such withdrawals undercuts that view.

In 1992, Congress gave the FDA the ability to accelerate drug approvals based on preliminary study data, responding to protests from HIV patients and activists over the slow pace of drug development. The program was embraced by the industry for giving many drugs a faster, cheaper path to market.

As originally conceived, these quicker approvals functioned like a contract: If the drugs weren't shown to help patients live longer or better lives in follow-up studies, the approvals would be revoked.

That's rarely happened. Of 155 expedited cancer approvals, 10 have been withdrawn, almost always voluntarily by the manufacturer. The FDA has used its authority to revoke an accelerated cancer approval only once. That long, ugly experience still looms large over the agency’s oversight of cancer drugs.

It took the FDA more than a year to finally pull the breast cancer approval from Roche’s blockbuster drug Avastin. The agency was besieged by calls from cancer patients and libertarian groups to keep the approval, despite clear evidence that it didn't extend life and caused dangerous side effects.

Colon cancer screenings should start at 45, US task force says

Previous guidelines state U.S. adults should get screened at age 50.

The drugs under review this week — Merck’s Keytruda, Roche’s Tecentriq and Bristol Myers Squibb’s Opdivo — are part of a recent wave of "immunotherapies" that help the body's defense system recognize and attack cancer. The blockbuster drugs have shown life-extending gains against deadly forms of skin and lung cancer, among other conditions. But they’ve also racked up several dozen approvals in other indications, including forms of bladder, throat and liver cancer that are the focus of the meeting.

Studies by all three companies have shown negative or inconclusive results.

Even if all six uses under review are withdrawn, the drugs will stay on the market because they are approved for so many other indications. And that may not change care much for patients. Dr. Shilpa Gupta of the Cleveland Clinic notes FDA approved five immunotherapy drugs for bladder cancer between 2016 and 2017 — including two under review.

"Did we really need all five of those drugs?" she asked.

Accelerated approval is technically reserved for drugs that fill an "unmet need." But today roughly a third of all cancer drugs reach the market through the pathway, including many drugs approved for overlapping uses.

After years of studies criticizing the FDA's oversight of the program — including by government inspectors — agency scientists have begun pushing back.

In a 2018 study, FDA staffers deemed the program a success, noting only 5% of accelerated cancer approvals had ever been withdrawn and 55% had been "verified" by follow-up studies.

But when Harvard researchers dug into that claim, they found that only about 20% of cancer drugs had actually been shown to extend lives. In most cases, the FDA had allowed drugmakers to confirm their drugs' worth by conducting a second study of a preliminary measure, such as tumor shrinkage or delayed tumor growth.

In some cancers, shrinking or slowing tumor growth is proven to benefit patients. But in many cases that link hasn't been established.

"Having a smaller cancer that kills you, rather than a bigger cancer, is no consolation because you’re still dead," said Emanuel.