FAYETTEVILLE, Ga. - Larry Jenkins and his younger cousin said they were pistol whipped, robbed and carjacked outside of a restaurant in Fayetteville Friday night.

“He has a gun in his hand and points it up at me. He says come on over here and empty your pockets, otherwise, I’m going to shoot him in the head,” Jenkins said. 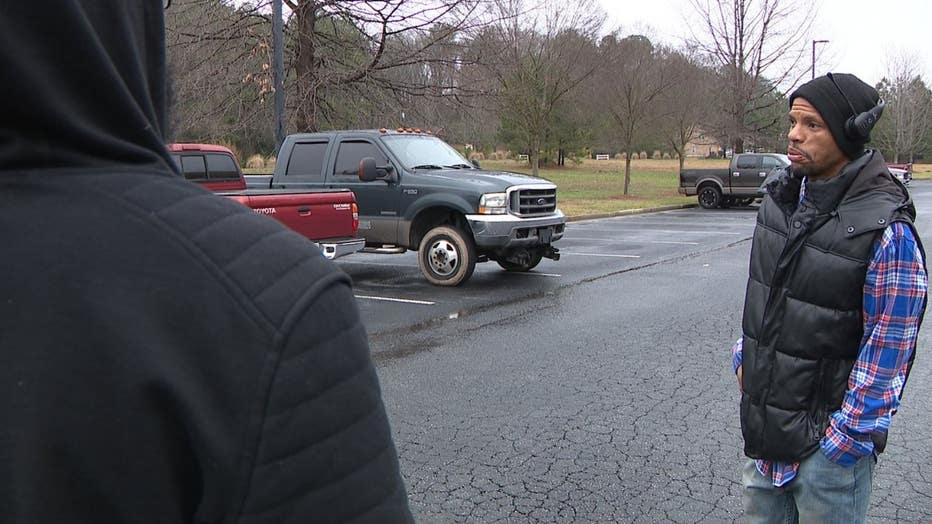 The cousin, who wanted to stay anonymous, said car was given to him by his sister who passed away recently from cancer.

Jenkins and his cousin said they chased after two of the suspects in Jenkins’ car.

They were able to chase them until police caught up to them.

”I had adrenaline. It was just like, you hit me in my head and anger took over. Instead of being a victim. My anger over came and we said we can’t just let them get away,” Jenkins said.

They say the other suspect got away with the BMW.

“We just want the car back. That’s it. Nothing else matters. The phone can be replaced, everything can really be replaced but the sentimental value on that car, it can’t be replaced,” the cousin said.

They said they put themselves in danger to hold on to something that means so much.

They said they’re thankful they weren’t killed in the process.

"I have a 14-year-old daughter. What if she wasn’t here with her dad today? They’ve already lost a daughter, how would they feel losing their son?”

They’re asking for anyone with information or anyone who has seen the car to reach out to Fayetteville police.

The license plate of that BMW is RQX6306.

Jenkins and his cousin have set up GoFundMe accounts to help pay for medical expenses, for more information click here.