Some of the business owners say they haven't figured out what to do. Some said they pay rent ahead of time and the actions are unfair.

FAYETTEVILLE, Ga. - Some small business owners are getting kicked out of their shops, even though they claim they paid their rent. They say their property manager failed to submit their rent to actual landlord.

The Fayetteville businesses, including a beauty supply shop, an Amazon drop-off, and even a church, are being forced to leave by Sunday. The owners all got a letter from a lawyer that states their businesses need to clear out by Wednesday.

The shop owners say that is unfair.

Isoken Okpuroukre says it is surprising. The business owner says they have never gotten into any trouble and have never experienced this type of thing.

She says she paid her rent and on time, for the past two years. She’s run her hair salon and grocery business at the Glynn Street location during that time.

"I pay two, three months ahead of time," Okpuroukre says

But Wednesday, authorities came to evict her.

"I’ve never seen this kind of gross injustice," she says. 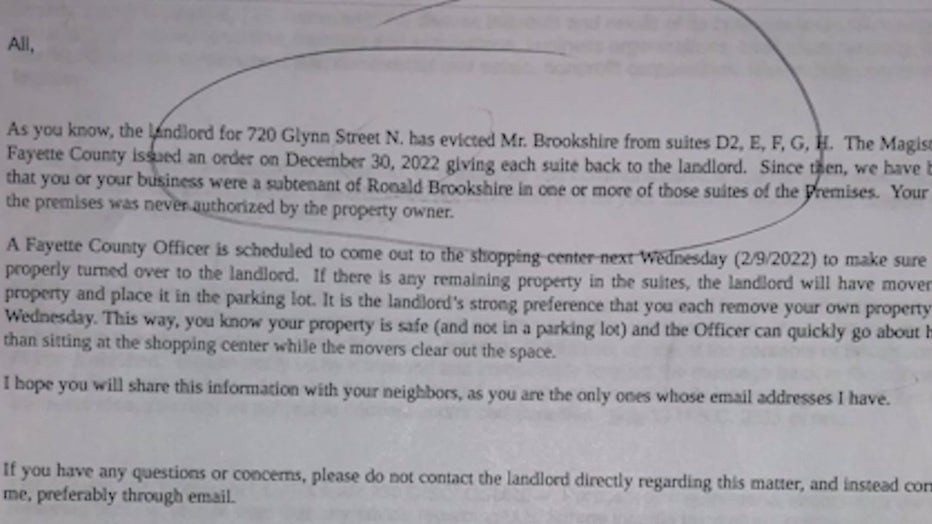 She says, at first, lawyers for the landlord sent an eviction notice to the property manager.

"I did not receive a notice," she says.

She says she offered to pay rent directly to the landlord, MCRE Management Partners LLC in Texas.

"They said we should pay a new down-payment of $1,000 each for the place and the first month’s rent," she says. "I sent the rent."

Then a week ago Tuesday, February 1, business owners on the strip got an email that reads they had to move out by Wednesday, Feb. 9.

"They returned my money back on the 31st and said the landlord does not want to sign a new lease, period," she says. 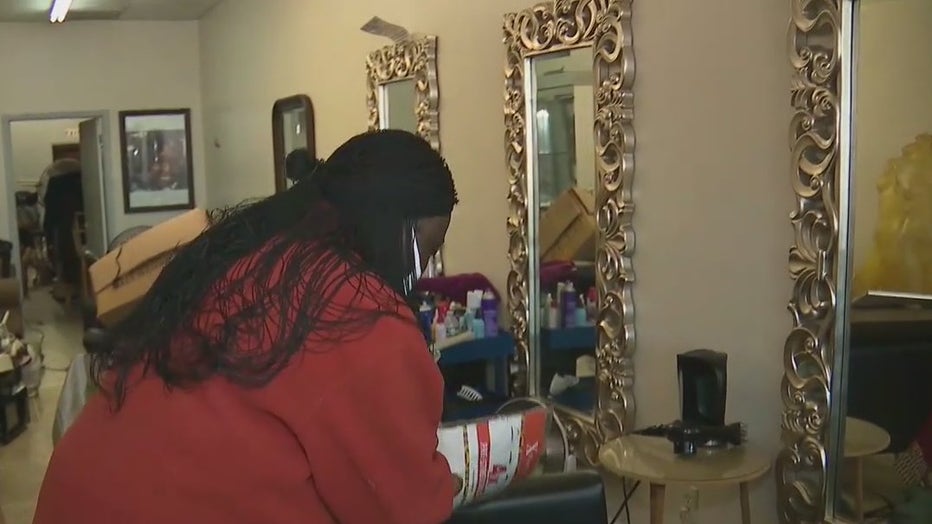 Business owner Isoken Okpuroukre packs up her salon and beauty supply store after receiving an eviction notice. She says she pays 2-3 months ahead in her rent. (FOX 5)

That leaves Okpuroukre with nowhere to go.

Reporter: "Sunday comes, what do you do?"

Okpuroukre: "Let them do what they want to do because I will not kill myself."

FOX 5 has reached out to the landlord, but has not heard back.

The eviction deadline has been moved to Sunday.