Family looks for closure after tree falls on home

An Atlanta family is looking for closure after a tree fell on their home, killing one.

ATLANTA - A family is searching for answers a month after a tree fell on a southwest Atlanta home and killing a man who was inside.

Her home for the last several decades is now a total loss.

Crawford had just finished law school and was preparing for the bar exam.

“He was working so hard. He never really got the opportunity out of life he could have had," Crawford said.

Nearly a month later, the tree is still on the home, despite dozens of calls to the city of Atlanta.

The family said the tree was on the city’s property before it fell.

Crawford said she made numerous complaints to the City about the tree in the past.

“It’s hard for her to move on and move past this when there is a reminder, and everything is at a standstill on the process of this tree being removed," said Woquita Scandrick, a family member. 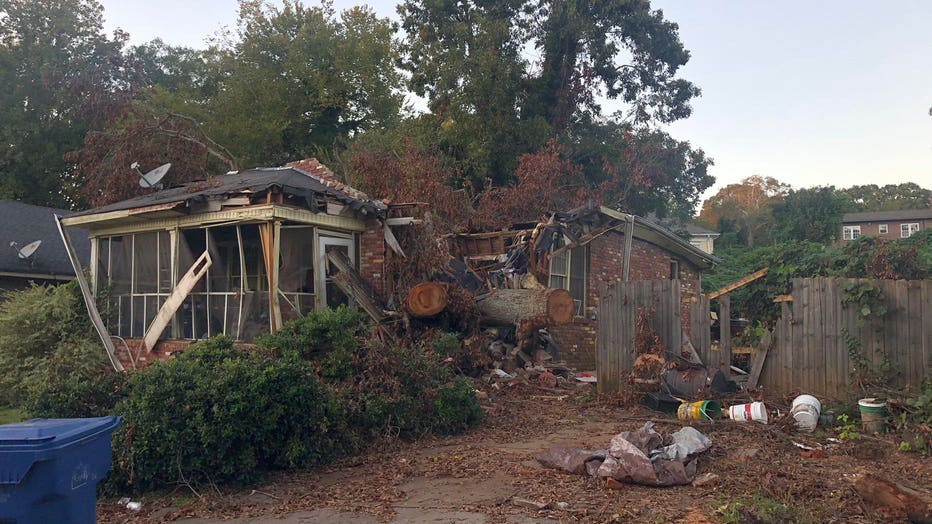 Bruce Hagen, an attorney in Decatur said he knows first-hand just how complicated and dragged out these cases can become. He has been involved in a similar case for the last three years.

“It’s partly dealing with the city if it was on the city property. There’s immunity issues potentially when you’re dealing with a government entity. Sometimes it’s issues of if it a dead tree or a live tree, the law is actually different as to whose responsibility it is," Hagen said.

According to the family, city employees came by to remove some of the tree two weeks ago, but the rest is still on the house.

The family’s attorney said the city has yet to let them know if they plan to finish the job.

“We’re expecting the city to finish what they started. Or if they feel if it’s not their responsibility, speak up, legally tell us why and we’ll go from there," Kimani King said.

It’s too dangerous for the family to go inside the house to salvage any belongings.

Crawford said all she wants to find are the diplomas her son worked so hard for.

“He worked so hard for them, even when they said he couldn’t get in. It just doesn’t seem fair to him," Crawford said.

Hagen said if you are concerned about a tree, whether it's in a neighbor's yard or on city or county property, make sure there is written documentation.

He also reminds people to make sure their homeowner's insurance is sufficient to cover the value of their home.