Daniel Jester was on his way home when he died in a car crash on Fulton Industrial Blvd., family members say.

FULTON COUNTY, Ga. - Family members said it’s been a few days since their loved one Daniel Jester, 23, was hit and killed while leaving work on Fulton Industrial Boulevard.

Saturday several family members came together to lay a wreath at the spot where he died.

“I can’t believe it. It’s like a dream that I can’t wake up from,” Jacquline Williams said.

Barbara Jester said she knew something wasn’t right Wednesday night when he didn’t come home after finishing up his shift at UPS.

“The driver stopped. He stopped but he was the only witness. There was no other witness but the driver,” Father Bernard Jester said.

Orange markings tell the story of what happened.

Family members pointed out a sock they say belonged to the man they describe as bright, funny, and had a love for buying watches.

Police have not commented if the driver was charged in this case or if speed played a factor but family members say they hope drivers will be careful while on the roadways.

“Better lights so it’s easier to see. They are saying that the driver didn’t see him,” Jacquline Williams said.

A candlelight vigil is set for Sunday at 7:30 at South Atlanta High School where Jester graduated in 2015. 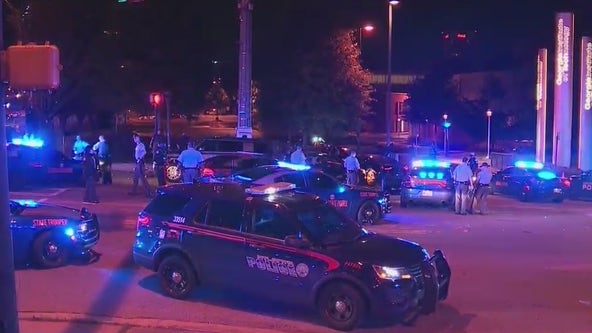