DeKalb County police say a former classmate was charged after a teen was fatally stabbed.

DEKALB COUNTY, Ga. - The family of Quarius Smith Jr. are pleading for information about what led up to his death on July 1.

The 18-year-old was stabbed to death at Wade Walker Park in Stone Mountain.

Quarius was a 2020 graduate of Tucker High School and a start football player.

Eric Mann, a fellow graduate and teammate, was arrested and charged on July 6. He was released after posting his $50,000 bond.

Quarius' mother, Toreion Smith, said her son was hanging out with friends when the deadly confrontation happened.

"He was out having fun with his friends and he was not able to come home," Smith said.

The family of a DeKalb County teen want answers into his deadly stabbing.

Smith said there were dozens of others with her son that night and many of the were former teammates and friends.

“Let god Lay it on your heart to tell what happened that night. Because there are a lot of unanswered questions. And I want to know. I’m his mom and I want to know," Smith said.

Smith, other members of the family and fellow Tucker High School's mothers are pleading other parents to encourage their children to talk to the police. 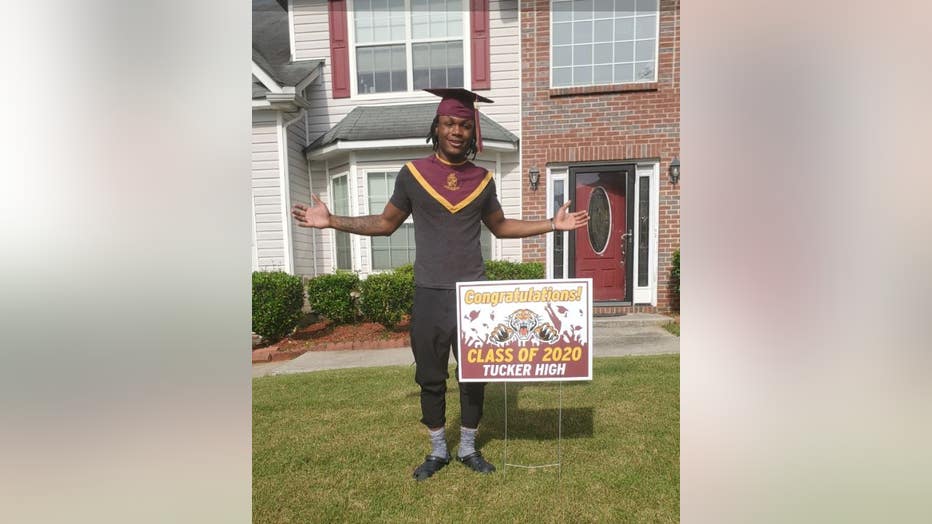 Quarius was a start football player, but it's his grades that got him the scholarship to Valdosta State University. He was planning to attend in the fall and play football.

“He loved football. That was his life," Smith said.

She said she knew her son was on his way to achieving his dream of playing in the NFL.

“To think that I won’t be able to be that mom in the stands to watch him play,"  Smith said.

Anyone with information can call the Dekalb County Police Crime Investigations Division at 770-724-7850.