Search for driver in deadly hit and run

ATHENS, Ga. - He was a little person who made a big impact on many. Now, Athens-Clarke County Police are searching for the hit and run driver who struck and killed Sanchez Elder on the side of a road in Winterville this past weekend.

“I would tell him Sanchez cars don’t see you don’t be too close to the road,” said Adams

Now she is grieving after the hit and run death of the 25-year-old. Red flags mark the spot where Sanchez was found off of Cherokee Road in Winterville around eight Saturday night outside the house of Burton Hester.

“Found him lying in a ditch and that’s when I called 911. He was deceased,” said Hester.

He said Sanchez and some other of his son’s friends came to his home to watch the UGA-Texas A&M game. At one point, Hester said one of them left with Sanchez and another young man but mistakenly backed a car into his mailbox.

Since her car was disabled, Hester said he and his son drove some of the visitors home unaware of the whereabouts of Sanchez. Later when they were back home Brian Harris and others heard an awful sound.

“ I heard a thump. I seen the car and I ran down on it. It was gray. I don’t know what kind it was it was a gray car.” said Harris. 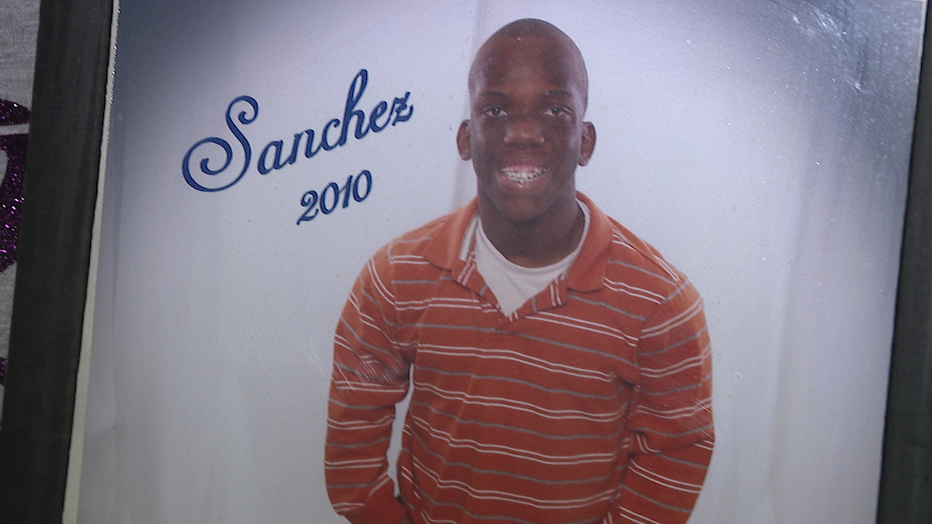 Athens Clarke County police tell FOX 5 News crime scene evidence concluded a gray or silver 2004 to 2006 Nissan Altima driven by a white male hit Sanchez. “Our officers feel that this is an obvious case of hit and run that the driver knew he hit somebody,” said Spokesman Geof Gilland.

Now friends and family of Sanchez Elder described as a little person who made a big impact on many, need answers.“ There are a lot of unanswered questions. The person who has hit him is still out there and we need answers. We need justice,” said Antonio Meadows, a friend of the victim.

Police said the hit and run car will have substantial damage which is why investigators are checking with area body shops.

Family and Friends tell FOX 5 News the funeral for Sanchez Elder is Sunday at the Walnut Grove Baptist Church in Watkinsville.