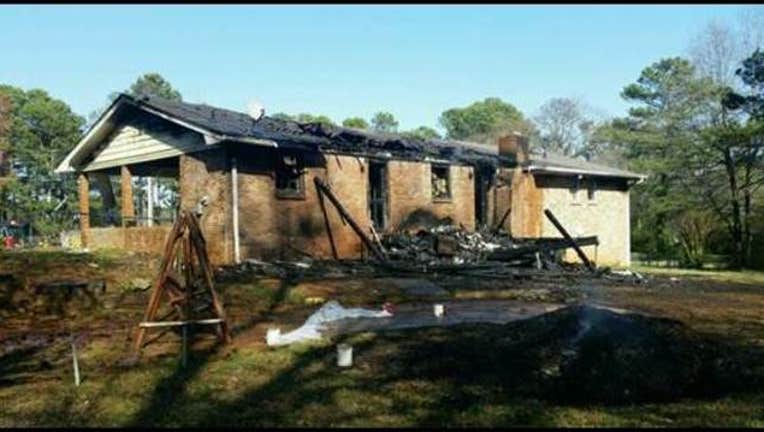 GWINNETT COUNTY, Ga. - A family is displaced following a house fire in Gwinnett County. According to the Fire Investigator, the fire may have been sparked by an outdoor burn that spread to the deck and attic space.

Firefighters responded at 2:19 p.m. to a report of a house fire in the 100 block Kings Court in Lawrenceville.

Crews found a working fire from the back and in the attic of a single-story wood frame and brick house on a basement. The occupants were outside and safe when officials arrived.

Firefighters deployed hose lines and mounted an aggressive interior attack on the flames.  The blaze caused heavy damage to the attic and back of the home.

An adult male occupant was evaluated at the scene and released by paramedics for a minor medical complaint unrelated to the fire.  There were no other injuries reported.  The family, 3-adults and 2-children, are displaced from the home due to the damage and were being assisted by a neighbor, according to fire officials.