ATLANTA - An Atlanta woman has died after a large tree fell unto her northwest Atlanta home, splitting it nearly in half early Tuesday morning.

Officials tell FOX 5 they were called to the scene shortly after 4 a.m. after reports that a woman was trapped inside the two-story home on Ridgemore Road NW.

When they first got to the home, firefighters believed that they heard moaning coming from inside the home and started work to clear the area and prevent the home from collapsing.

Officials say the elderly woman was in her bedroom on the second floor when the tree smashed through the roof.

Photos shared from the scene by Atlanta Fire Rescue show the enormous tree smashed into the home all the way to the first floor, leaving splintered wood and brick. Officials said that the tree was in the home's backyard before falling 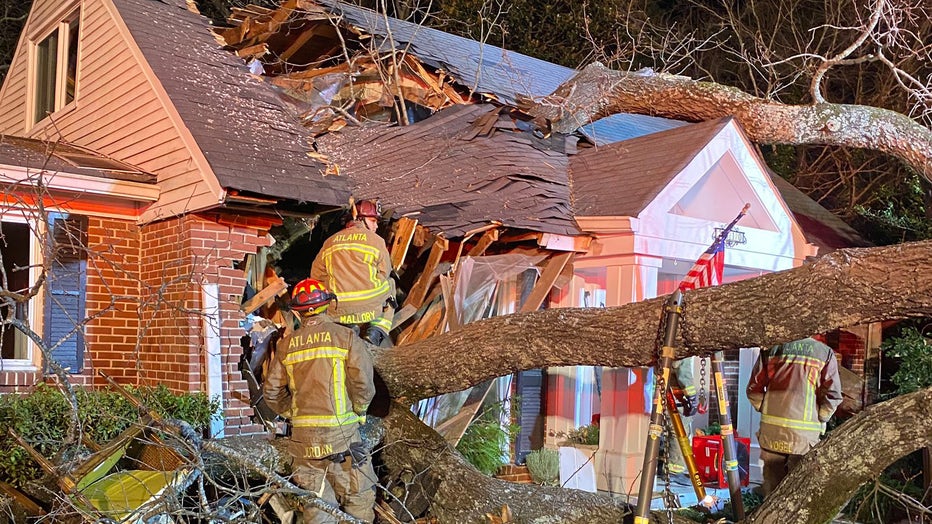 After two hours of work, firefighters found the woman dead inside the home. Officials say she is believed to have been in a bedroom on the second floor when the tree came down.

Investigators have not yet released the identity of the victim, but have described her as an "elderly female" believed to be in her early 70's.