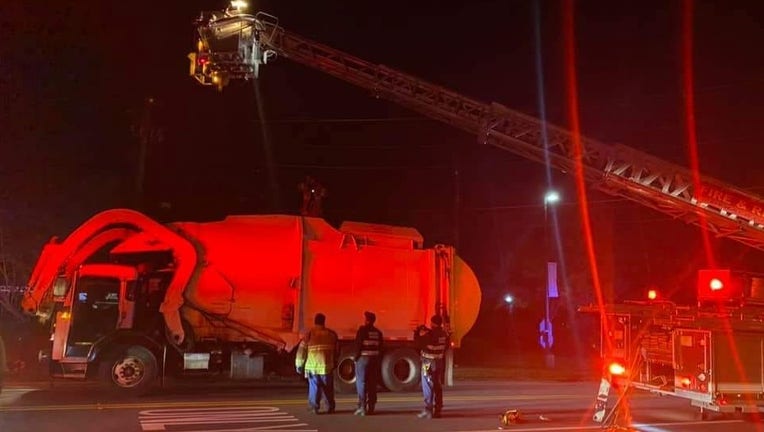 DUNWOODY, Ga. - Dunwoody police have rescued a homeless man who got trapped inside a garbage truck Friday morning.

Officials say the officers were called to Womack Road around 5 a.m. Friday after reports of someone trapped.

Responding police and fire rescue units discovered that a homeless man was trapped inside the truck after it had emptied multiple dumpsters on its trash route.

According to the man, he was sleeping in a dumpster on Winters Chapel Road and had been picked up by the truck.

"The dumpster compacted each time after a load was picked up and luckily the male survived," the Dunwoody Police Department wrote on Facebook.

The man was successfully removed and was not critically injured.

He's been transported to a nearby hospital to be evaluated.