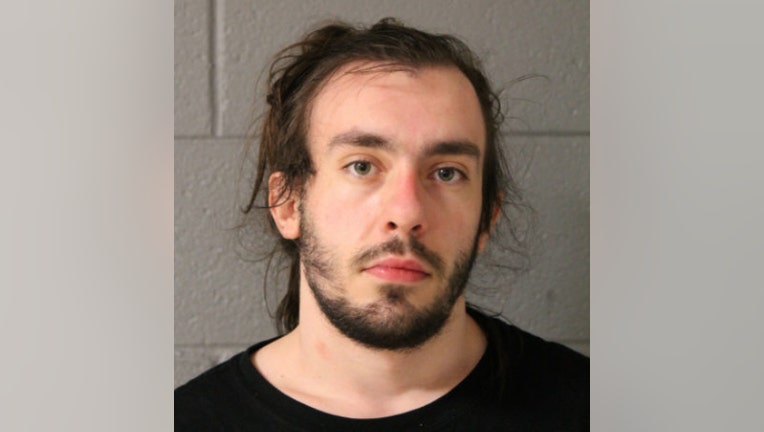 CHICAGO - A Chicago man is charged with spitting in an Illinois state trooper's coffee at a Dunkin Donuts.

Illinois State Police said that the trooper bought a coffee from a Dunkin Donuts on Archer Avenue near Midway Airport Thursday night.

Investigators said he took the lid off because he wanted to let it cool down, and found a glob of spit floating on top.

Dunkin Donuts employee Vincent J. Sessler, 25, was arrested on Friday on charges of disorderly conduct, reckless conduct, and battery to a peace officer.

“This is outrageous and disgusting. The men and women of the Illinois State Police put their heart and soul into protecting the lives and rights of all people in this state every day,” said ISP Director Brendan F. Kelly in a statement. “They deserve better than this insulting and dangerous treatment."

He said that Illinois State Police employees would be prohibited from buying coffee from this Dunkin Donuts in the future "for their safety."

SUPPORTERS AND OPPONENTS OF POLICE RALLY IN CHICAGO

9-year-old boy dies after being shot on Chicago’s Near North Side: police

A 9-year-old boy was shot and killed Friday evening near the former Cabrini Green housing projects on the Near North Side.