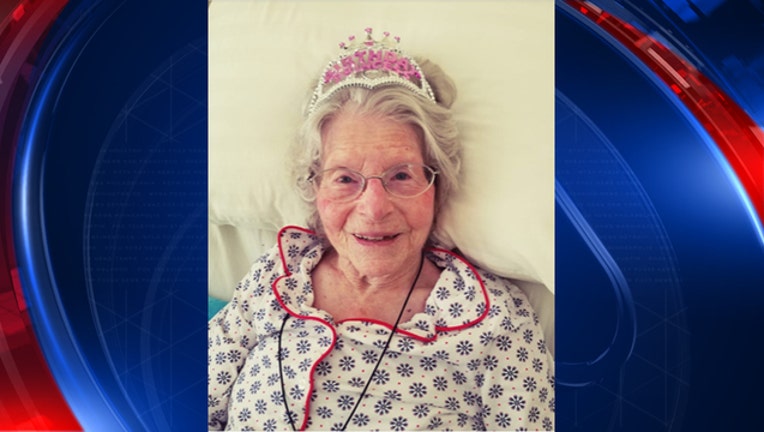 Doris Bush was born on June 24, 1919. Her dad was teaching gymnastics at a YMCA in Japan when she was born in Tokyo.

After living in Japan for almost 10 years, the family moved to back to the states. She graduated from high school in Wisconsin, then moved to southern California because her parents couldn't afford warm clothes for their four kids.

It was in California where she met her husband, Clarence Bush, and had two children, Melanie and Dan. The couple was together until he died in 2006. She moved to Georgia soon afterward.

Doris has five grandchildren and six great-grandchildren. They all came to her birthday at Duluth's Country Garden Senior Living to celebrate her life in a party that included singing by Jeff and Lisa Cooper and piano playing by Monte Nichols, founder and director of the Gwinnett Philharmonics.

The centenarian credits healthy living, eating well, and a love of Jesus for her long life. She's also written a book about her long life titled, "My Journey to Life," which is available on Amazon.

From all of us here at FOX 5 Atlanta, happy birthday Doris!