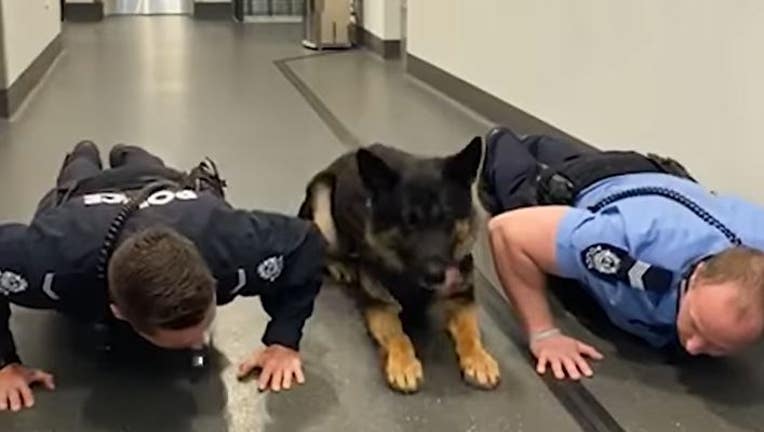 AUSTRALIA - A police dog participated in the Push-Up Challenge alongside his fellow officers at the Kalgoorlie Police Department, as part of Mental Health Awareness Month.

The Push-up Challenge is “created to promote awareness about suicide in Australia and encourage positive mental health through physical activity”, with the goal of 3,046 push-ups correlating with the number of Australian deaths by suicide in 2018.