JACKSON, Miss. - The U.S. Department of Justice has sided with a Mississippi church after its congregants were fined for attending a drive-in parking lot church service despite of social distancing guidelines implemented to stop the spread of the novel coronavirus outbreak.

The DOJ released a statement of interest in support of Temple Baptist Church in Greenvillle, Miss., which has filed a lawsuit against the local police department, saying that the city of Greenville wrongfully targeted religious services.

Large U.S. states that have issued stay at home orders due to coronavirus

Across the country, states are combating the spread of the novel coronavirus by issuing orders for residents to stay at home.

“Even in times of emergency, when reasonable and temporary restrictions are placed on rights, the First Amendment and federal statutory law prohibit discrimination against religious institutions and religious believers,” the DOJ memo asserted. “Thus, government may not impose special restrictions on religious activity that do not also apply to similar nonreligious activity.”

The DOJ argued that the city singled out religious activity when it issued churchgoers $500 tickets per person for violating social distancing guidelines while “permitting citizens to attend nearby drive-in restaurants, even with their windows open.”

RELATED: Stay at home: These states have issued orders for residents not to go out amid COVID-19 pandemic 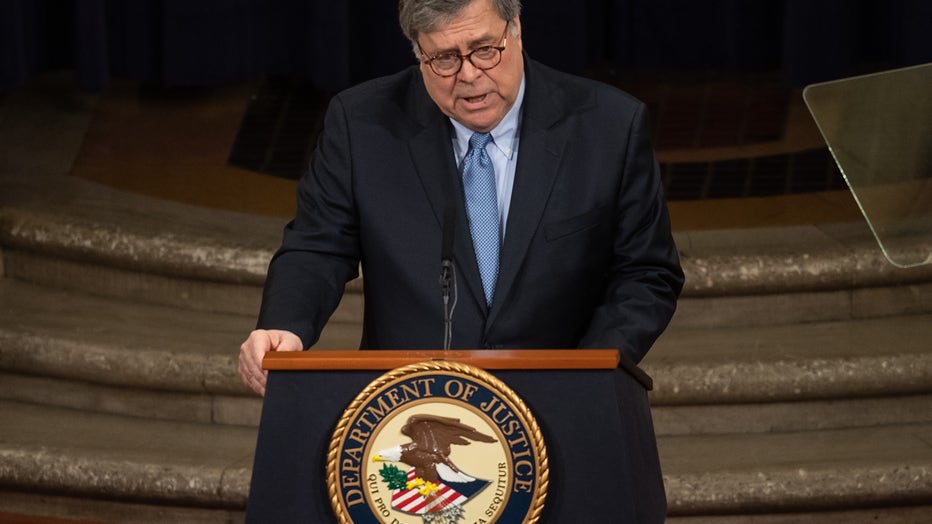 Regardless of the order, the DOJ said “religion and religious worship continue to be central to the lives of millions of Americans. This is true more so than ever during this difficult time,” adding that it will continue to ensure religious freedoms are protected in the wake of social changes caused by the COVID-19 outbreak.

Mississippi Gov. Tate Reeves tweeted in support of the move by the Justice Department, saying, “Thank you to the Trump administration and Attorney General Bill Barr for this strong stand in support of religious liberty.”

The city of Greenville has since dropped the fines but will continue to enforce the order, according to the DOJ.